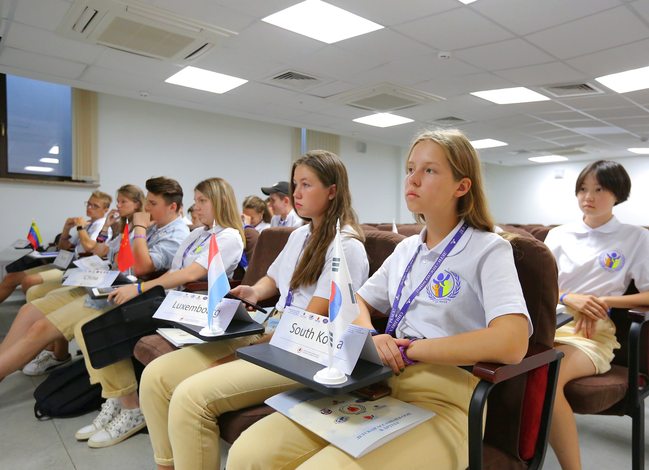 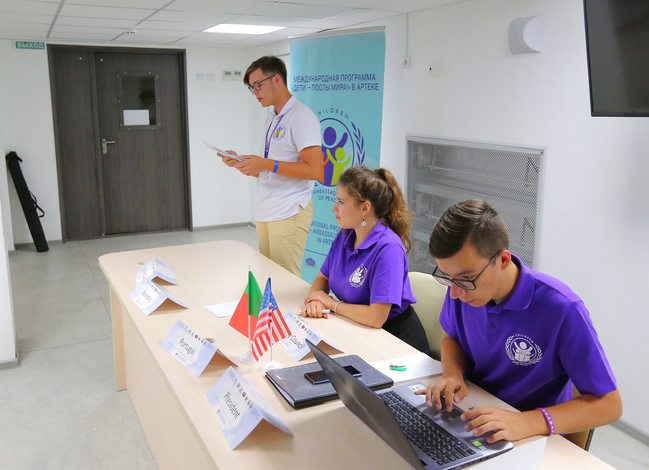 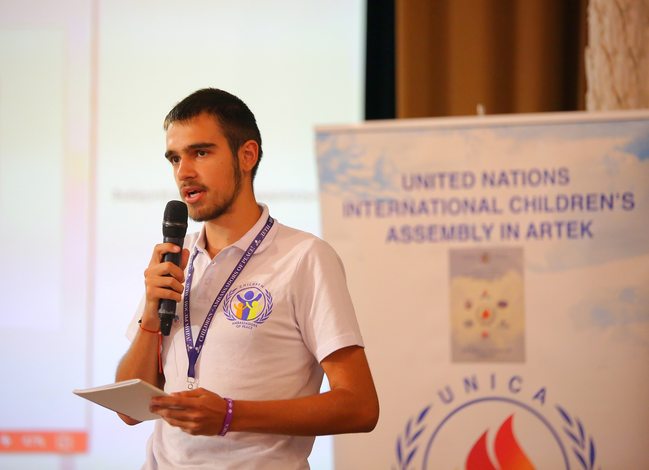 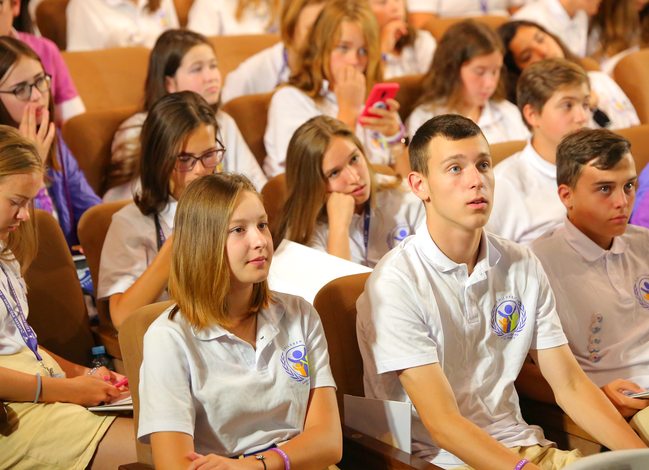 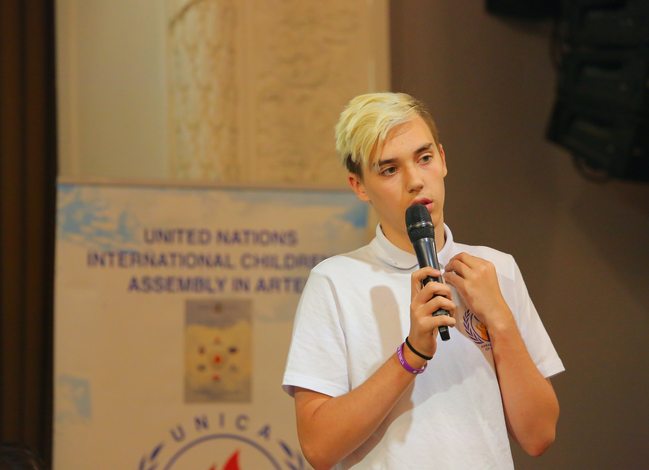 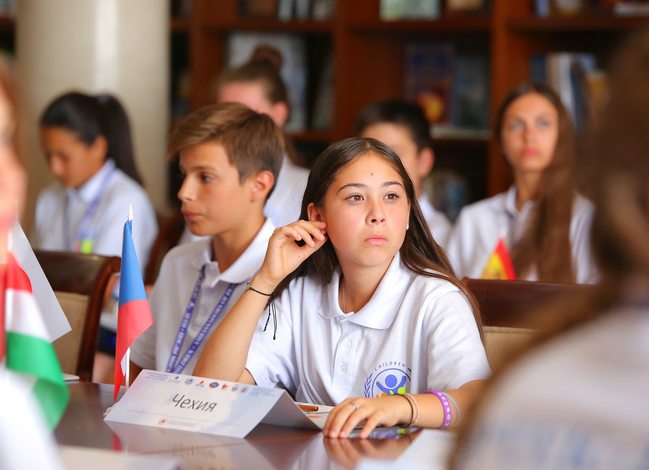 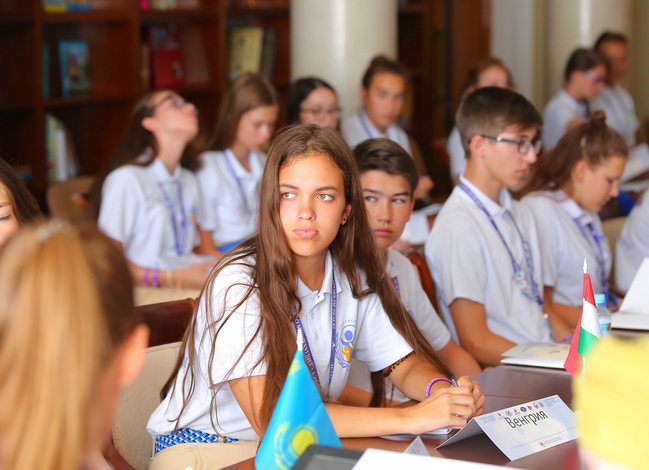 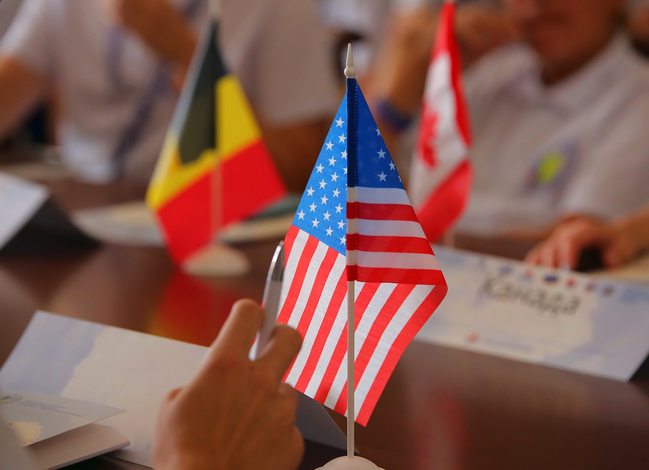 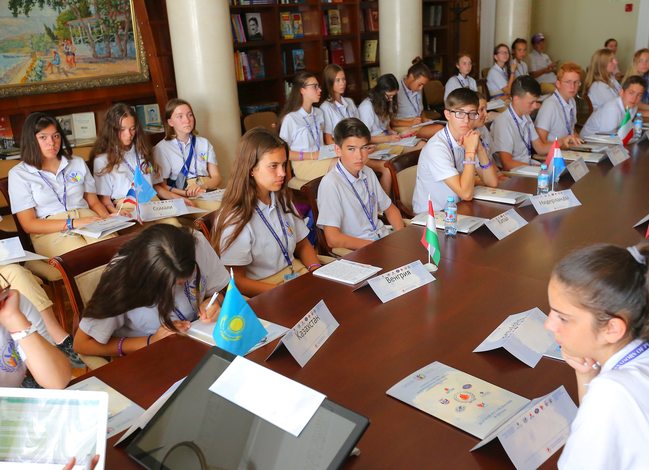 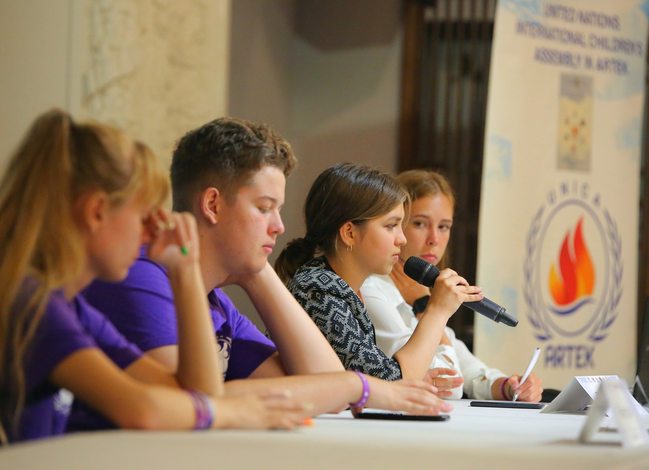 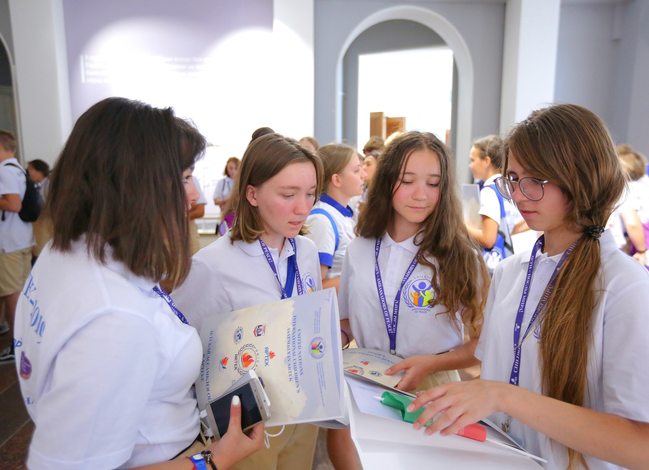 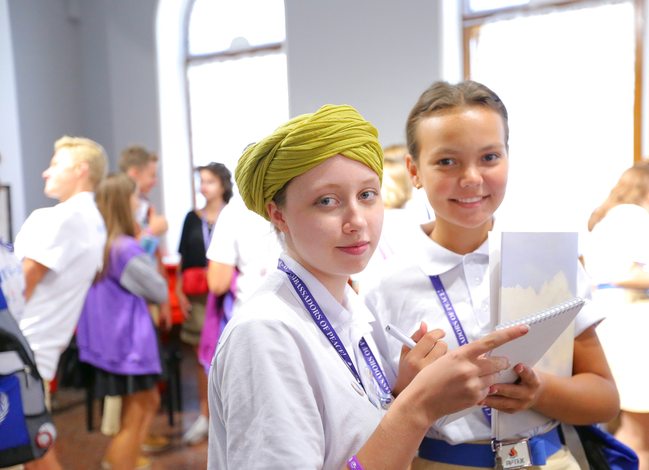 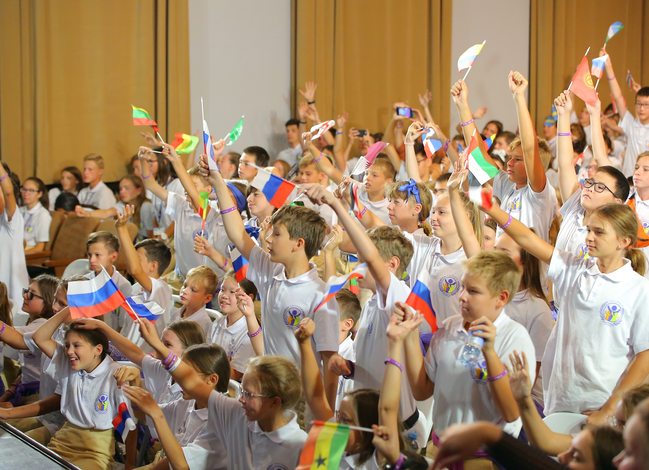 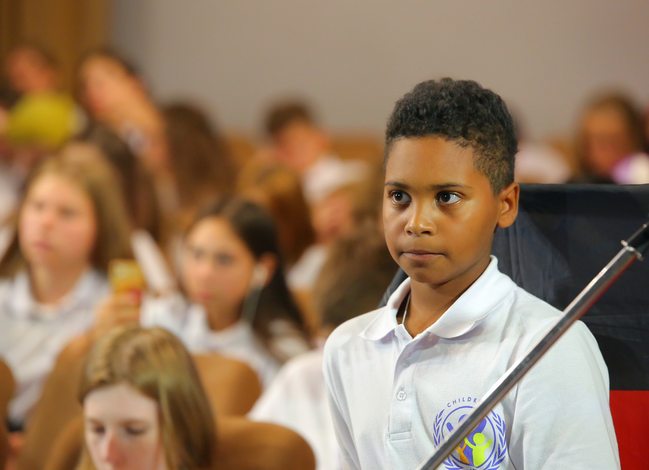 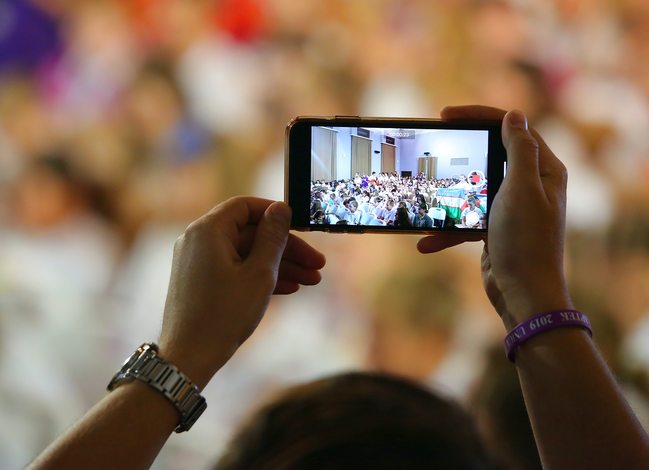 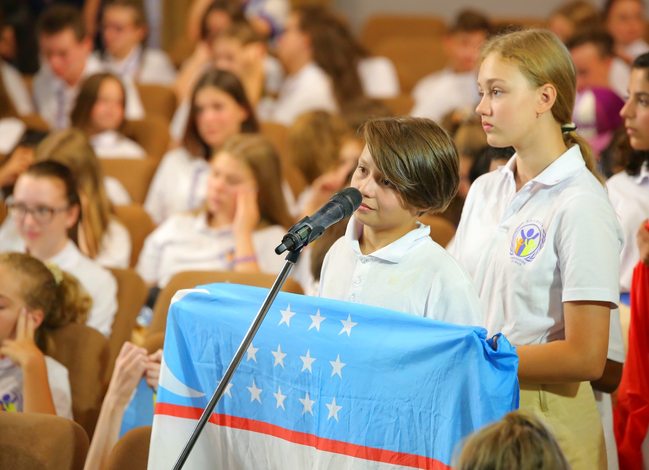 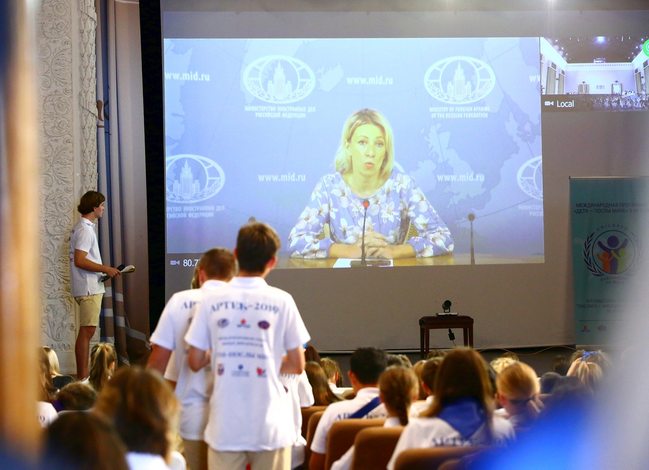 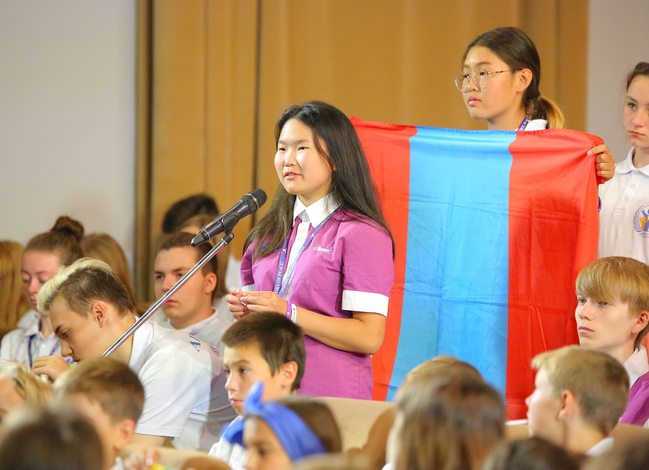 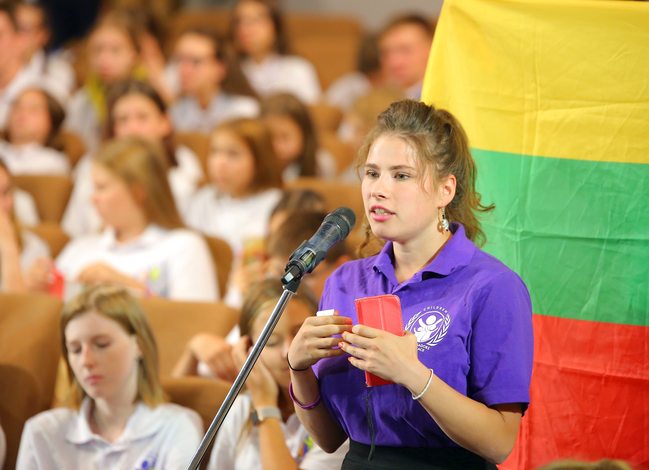 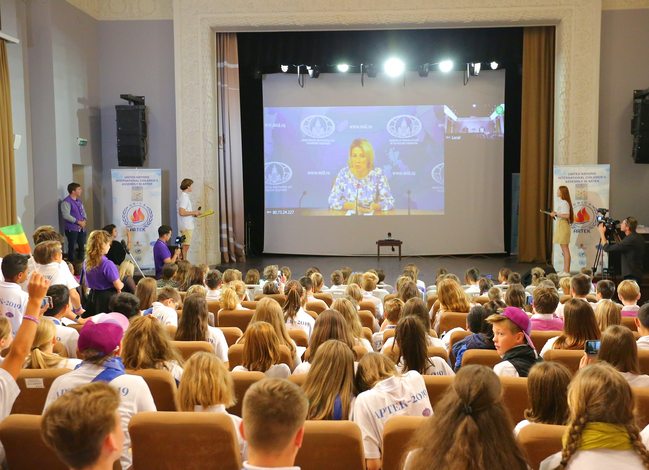 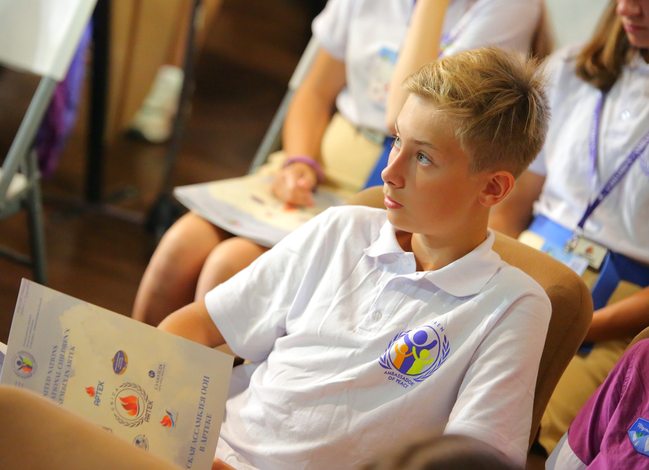 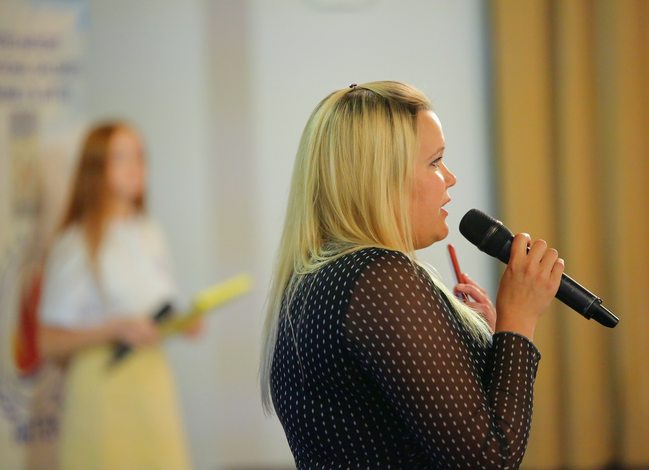 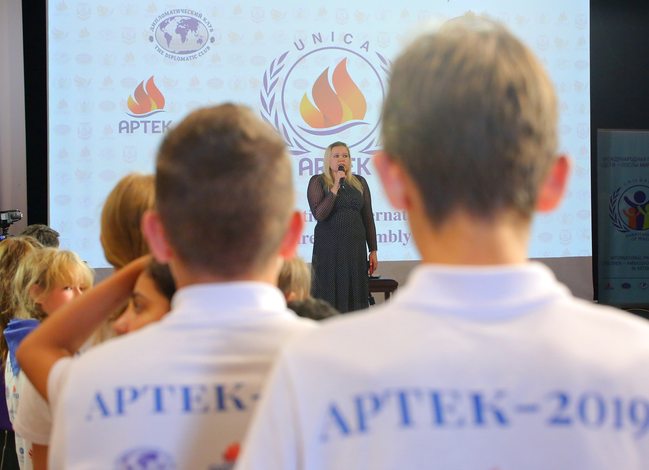 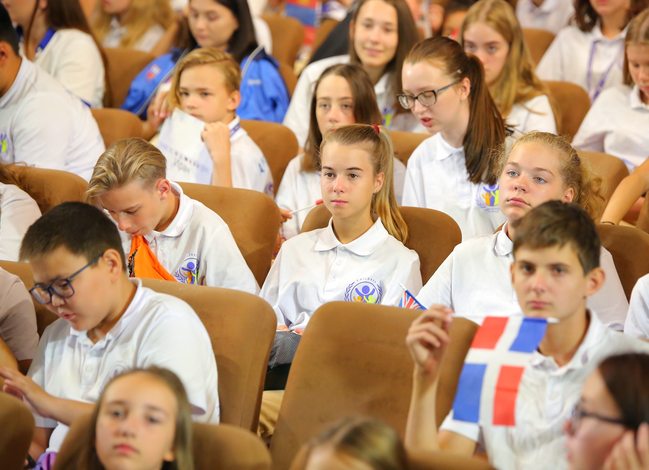 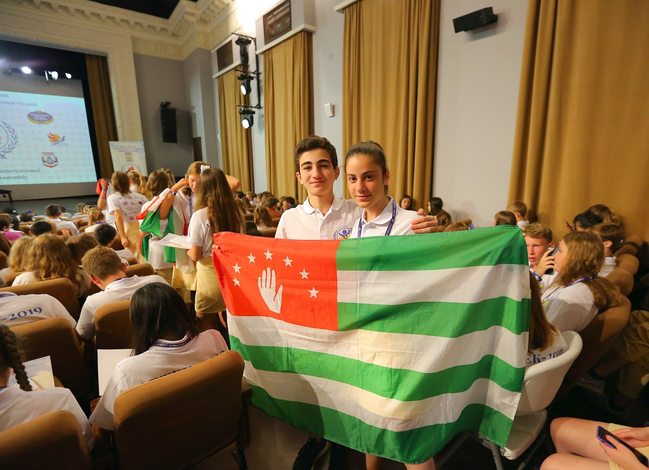 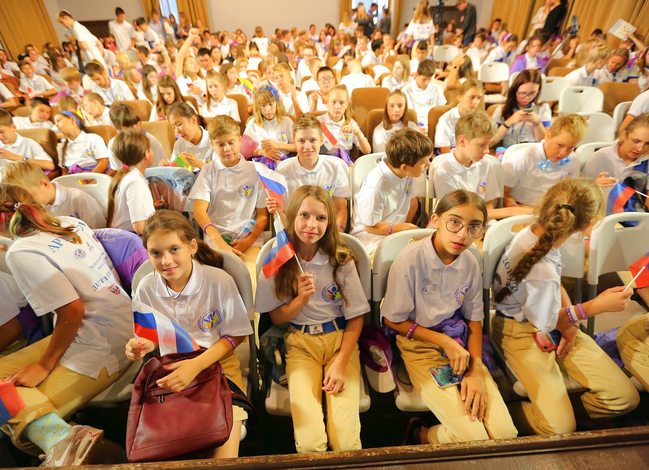 Artek has hosted the second UN Children’s Assembly International School Model. The event kicked off with a video conference with the Foreign Ministry’s Director of the Information and Press Department Maria Zakharova. The ministry’s spokesperson talked about the job of a diplomat and prepared the participants in the assembly for a constructive dialogue.

The UN Children’s Assembly is being held at Artek for the second year in a row as part of the Children are Ambassadors of Peace special program. This time, it is attended by children from 18 countries, including Russia, Great Britain, Germany, Italy, Latvia, Portugal, and Serbia. The children made great preparations for the assembly during their session: they studied the history of international relations, the structure of the UN and its main areas of work and honed their public speaking skills, under the guidance of tutors from the Diplomatic Academy.

A video conference with the Foreign Ministry’s Director of the Information and Press Department Maria Zakharova provided them with a chance to show how good they were at this. The list of issues they discussed with the ministry’s spokesperson included education, environment, diplomacy, and volunteer programs.

For example, the Artek children asked how Russia was going to popularize the Russian language and culture in other countries. “Studying the country’s language means potential development of bilateral relations; of course, we provide such an opportunity for those who want to study it,” Maria Zakharova said. In particular, she advised the German children who asked the question to have a look at the Russian cultural center in Berlin.

Many participants in the program dream of working in the sphere of diplomacy. Children asked how the work of diplomats differed depending on the country. Young Czechs asked Maria Zakharova why she decided to become a diplomat. It turned out that it was a childhood interest of hers, like theirs: “Since I was a child, I have enjoyed watching shows on politics, like International Panorama or Vremya (Time). Of course, I understood very little at the time. But I liked to follow international journalists. Now my job involves both diplomacy and international information.”

Foreign school students asked a lot of questions about internships, cultural exchanges and ways to enter Russian universities. During the video conference, they learned they could enroll in the MGIMO University, the Diplomatic Academy and other universities.

The children said they were happy with the event. “I liked the video conference. I got my question answered,” said Maria Bevz from the US. “The most important thing I noted for myself is that there are different schools of diplomacy, but in today’s world, diplomacy is built on the same principles everywhere. I participate in the Children are Ambassadors of Peace program because I wrote an essay on culture in the US and Russia. The session was very interesting. Children’s diplomacy helps develop relations between countries.”

Nikolai Meizer from Germany agrees with Maria. “Children’s diplomacy is necessary to show children how people live in other countries and give them a chance to communicate and build relations. If people get to know each other’s culture, the world will become a better place.”

After the conference, the assembly got down to work. The Artek children modeled a session of the General Assembly, the United Nations Environment Program and the Security Council as well as the coverage of three news agencies: RT, CCTV, and the BBC. The meetings, held in Russian and English, focused on human rights, environment, and disarmament among other things.

Head of the Children are Ambassadors of Peace program Natalya Popova noted that the business game was important for job orientation: children had a chance to find out if they were interested in international relations. It was also a step in the development of children’s diplomacy. “The mission of the world’s young ambassadors is to leave something kind on the planet. Pay attention, humankind still has unsolved problems. We hope that when you grow up you will make the right decisions, achieve success and build a world without wars or enmity,” Natalya Popova said to the children.