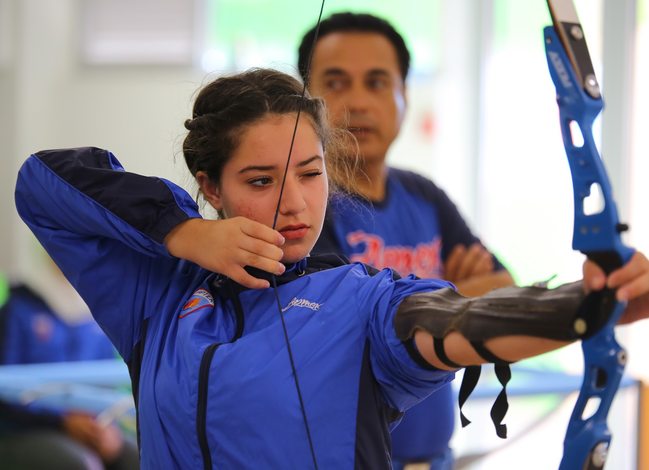 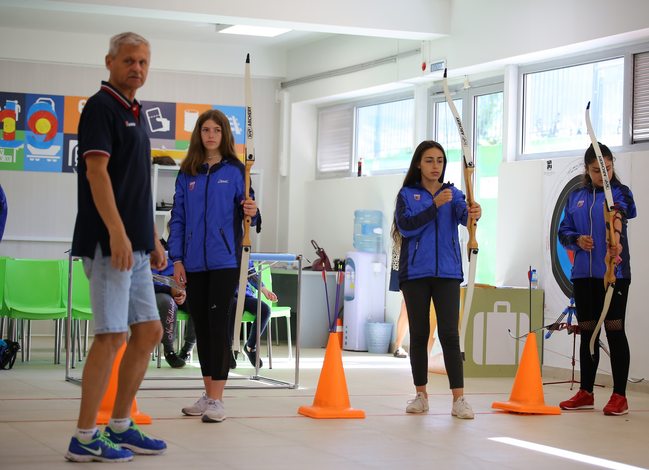 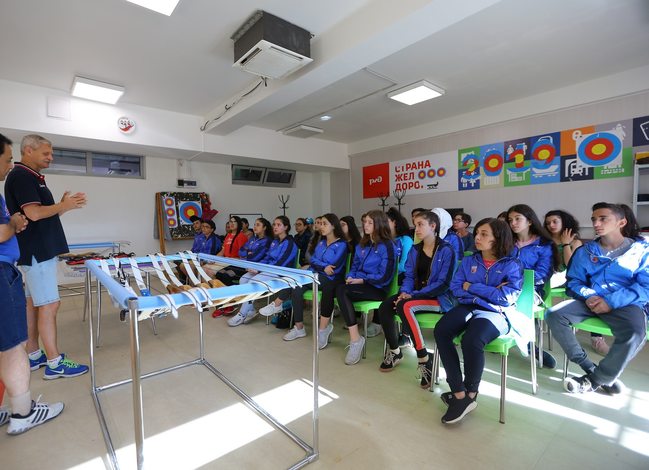 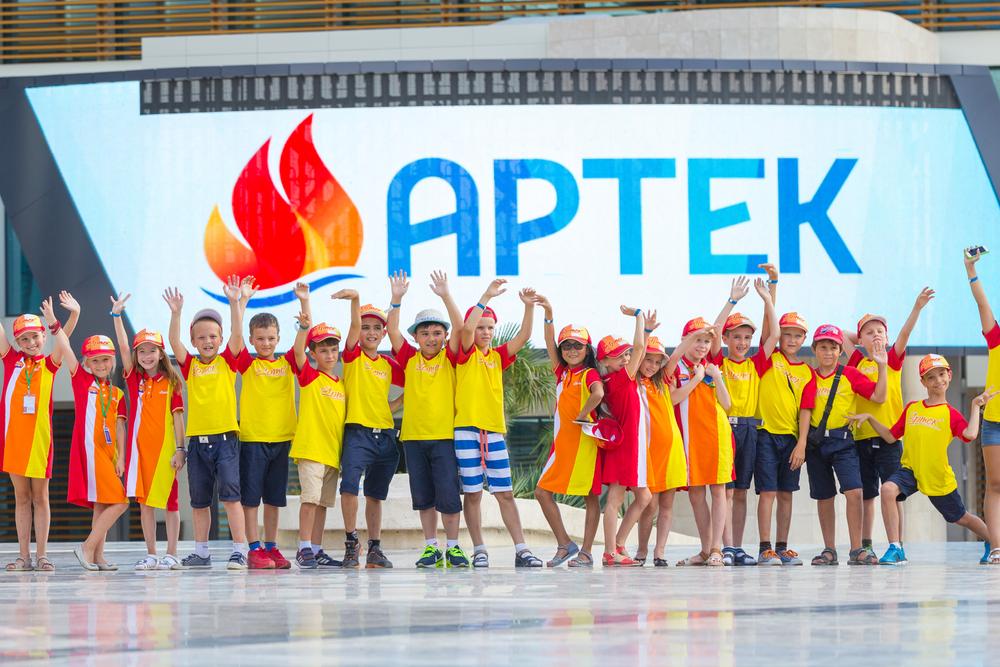 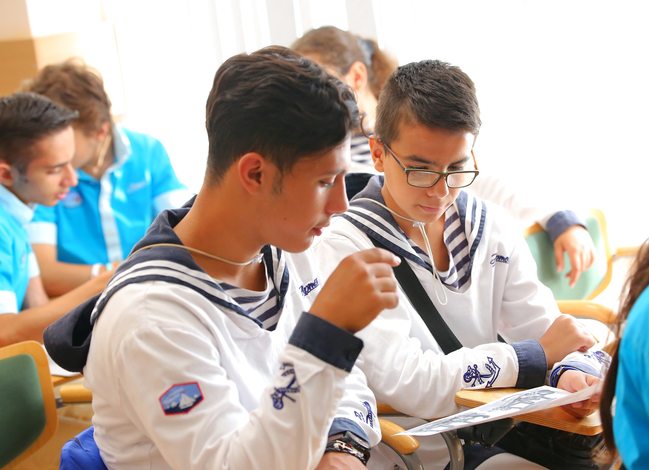 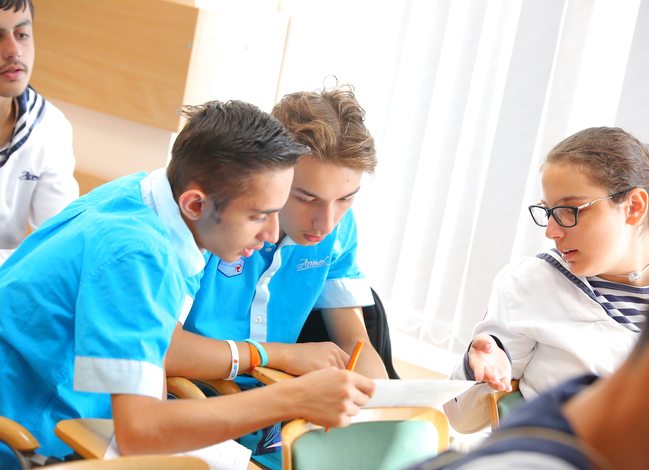 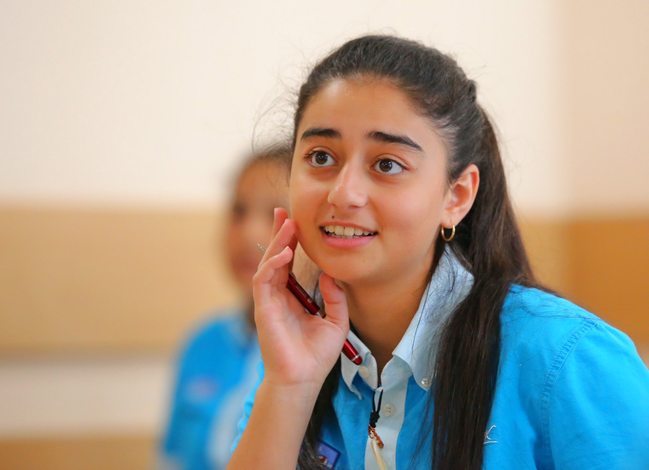 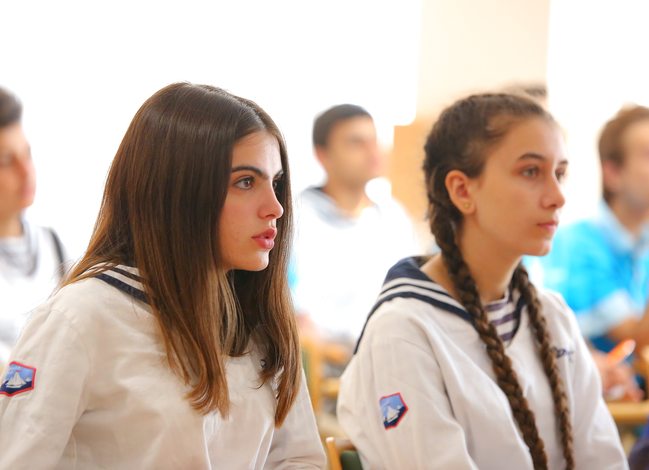 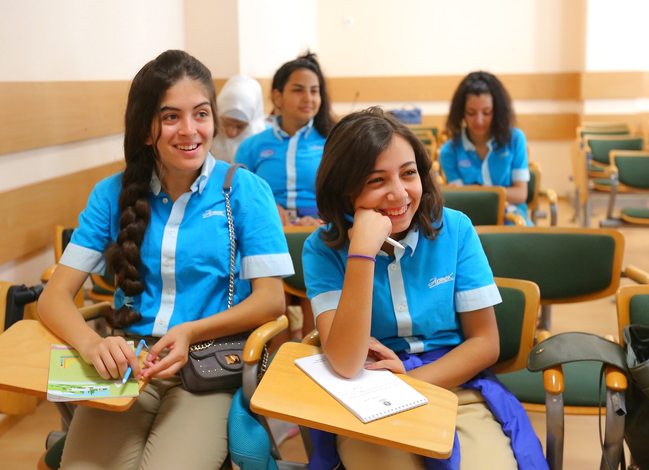 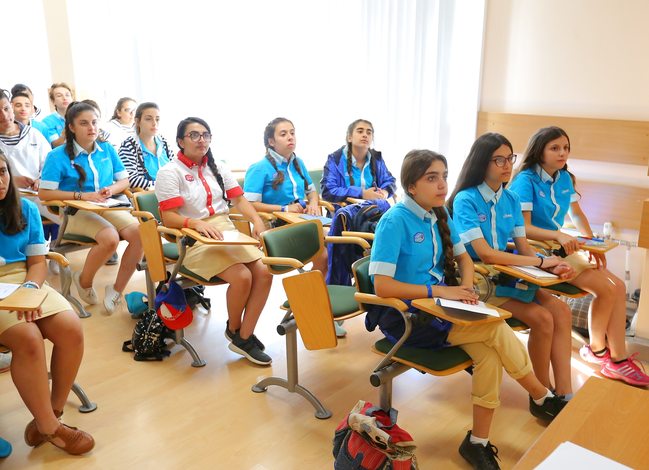 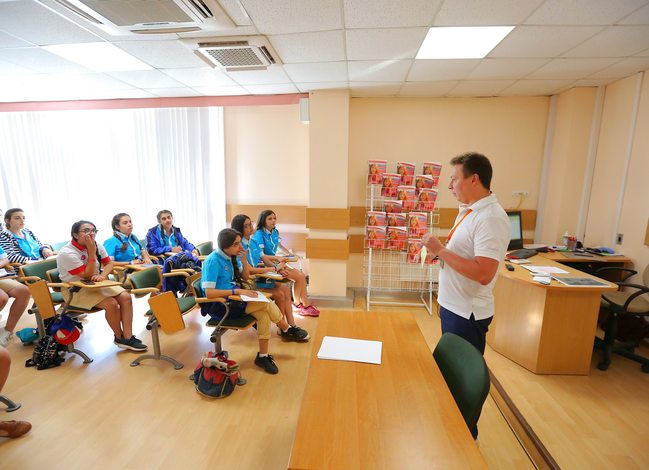 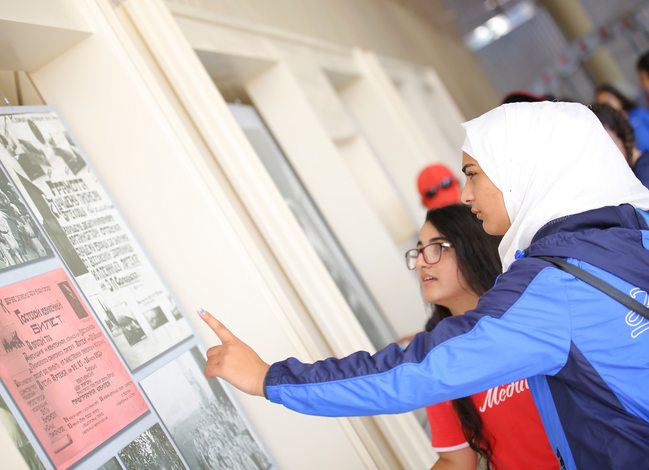 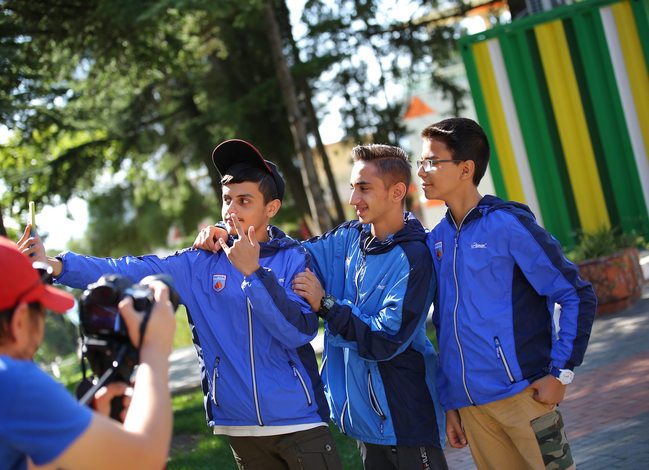 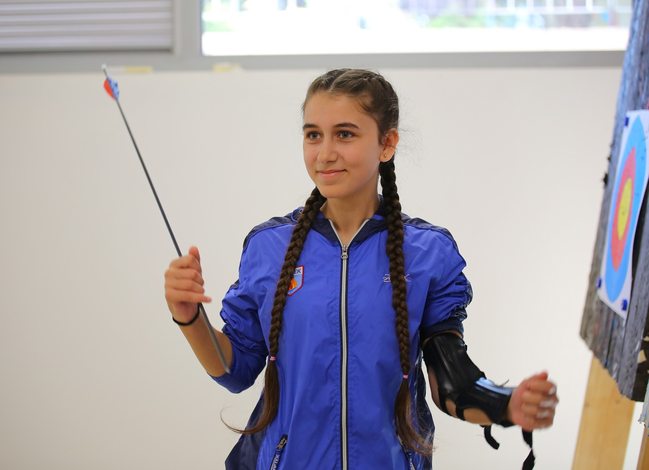 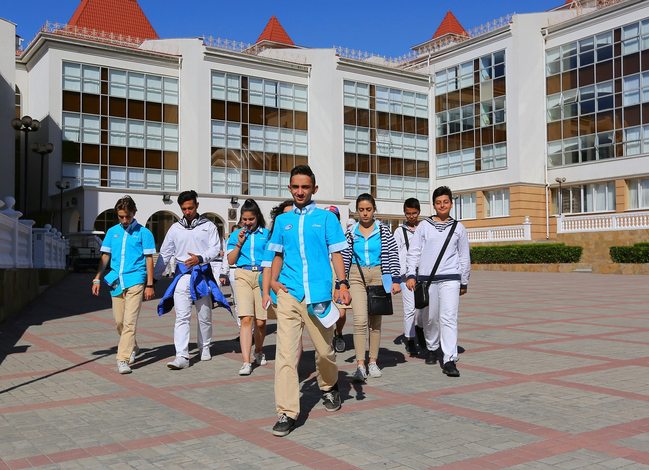 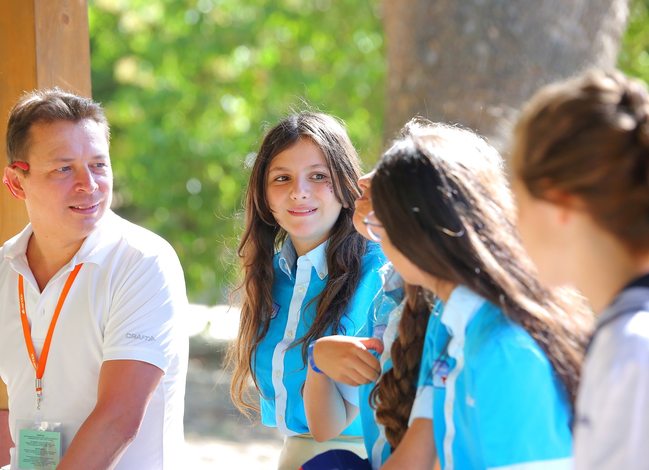 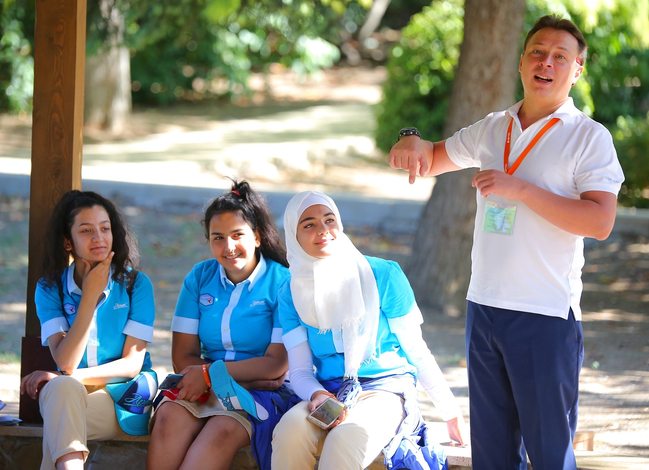 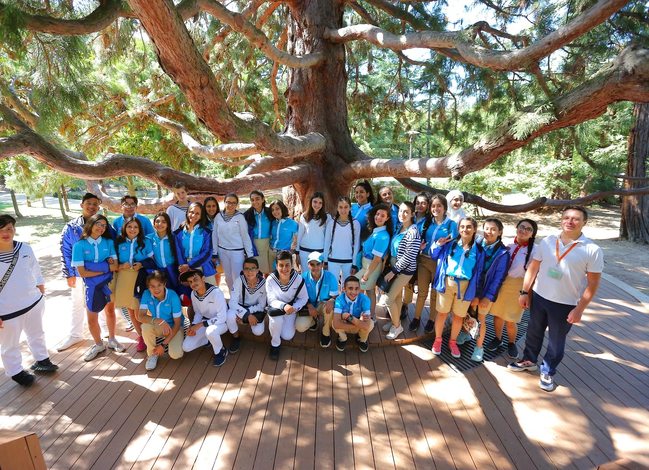 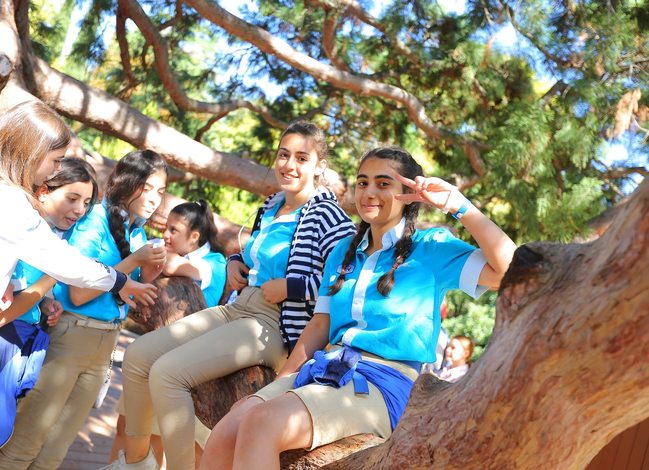 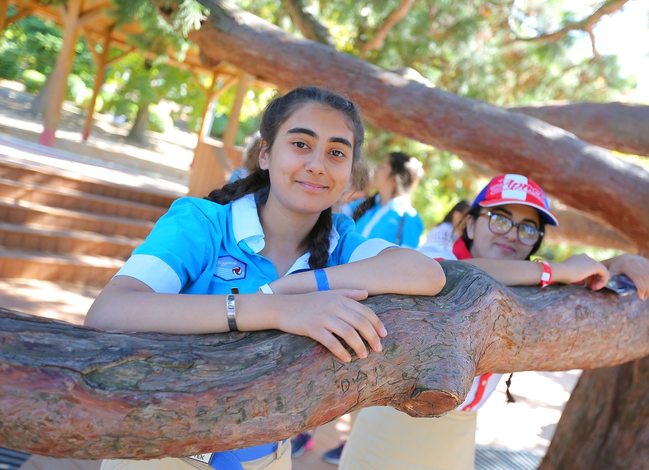 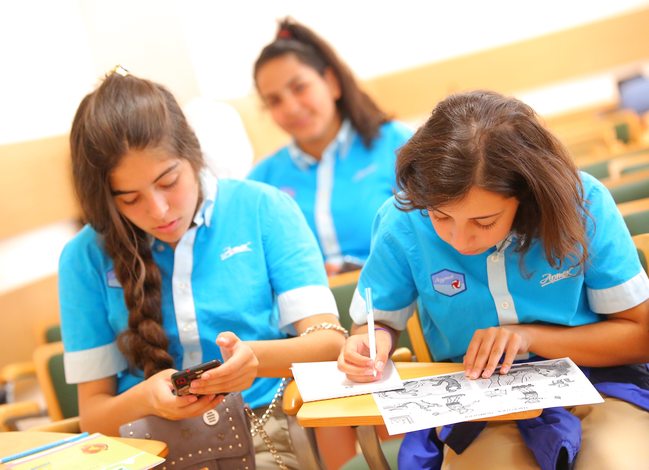 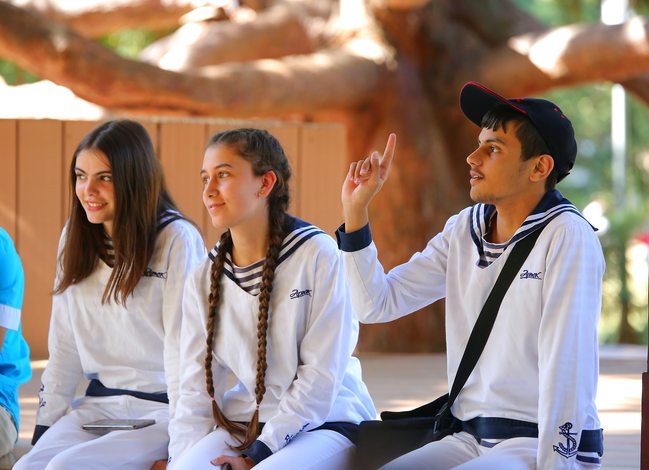 A group of 30 Syrian children, winners of the Russian Language Olympiad held by the Russkiy Mir Foundation, began the academic year at Artek. They took an active part in the events of the 10th session, titled An Infinite Variety, trying to improve their listening comprehension and pronunciation and to expand their vocabulary.

Cultural immersion and communication with native speakers do have a positive effect on language skills, but the Syrian children also had Russian language lessons. Kirill Meshkov, Russian language and literature teacher, opted for games and communication, as well as outdoor lessons held in the Artek parks. While walking in the parks, the children were encouraged to speak in Russian about what they saw around them, the events that took place at the camp, plus Artek’s history and legends.

“The course includes a repetition of sounds and letters, learning new words, reading fairytales and watching cartoons. Better students helped those who were lagging behind, and as a result, everyone managed very well,” Meshkov said. “I hope this will encourage the children to continue to study Russian, because they really like our language and are interested in everything associated with Russia.”

The teacher did not give any bad marks and used every available opportunity to praise every student. But some of the students did better than others. Khazrik Abdul Karim has been studying Russian for six years and even offers language coaching to his friends in Syria, who come to him several times a week to get help with difficult rules or just to talk in Russian. Karim loves the Russian language and never denies help to anyone. “I would like to study in Russia to become a petroleum engineer,” he said. “There is only one piece of advice regarding language study: Keep on studying it. And try to talk with your Russian friends as often as possible. I was assigned to a marine group at Artek, where I found new friends from many countries and cities. I am getting used to the Russian language.”

Zeruk Nur Alkhuda and Darvish Ludzhen have a poor command of Russian so far, but they are wonderful singers. They can sing Russian songs May There Always Be Sunshine, The Cuckoo and The Star Called Sun. During their session at the camp they have learned to sing Artek songs and chants. “I love Russia and its culture. This is my first time at Artek, which is not like any other summer camp. It is more like a family,” Ludzhen said. “We have a very good teacher at school. We reviewed the Russian alphabet and learned new words. I think I will be speaking better soon because I often communicate with Russian children.”

During one of their last lessons, the young Syrians made their wishes at Artek’s famous Wish Tree in the Russian Meadow. Each child made his or her own wish, and all together they made a common wish – to return to Russia and Artek.