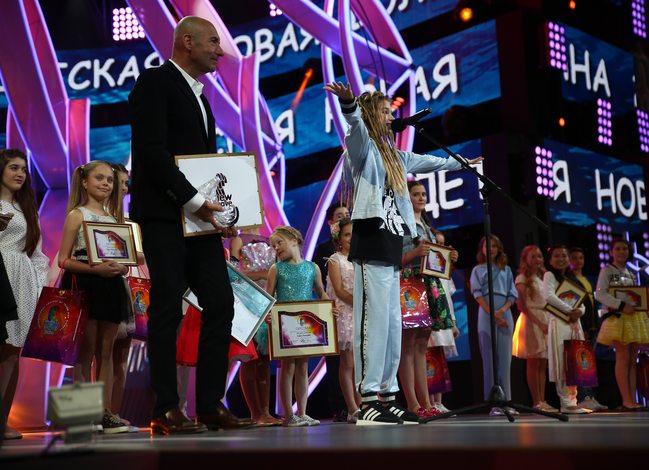 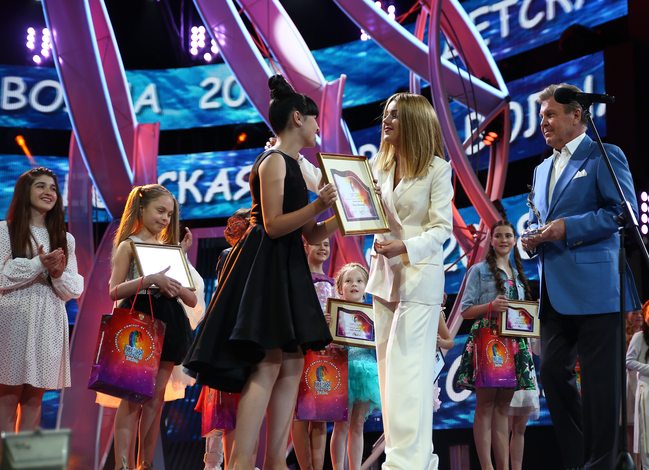 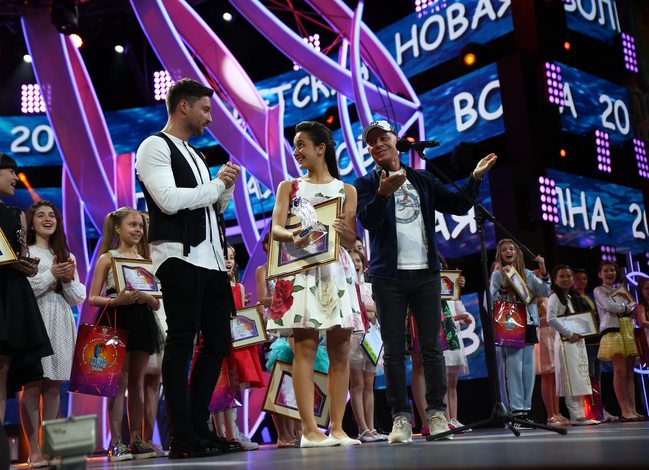 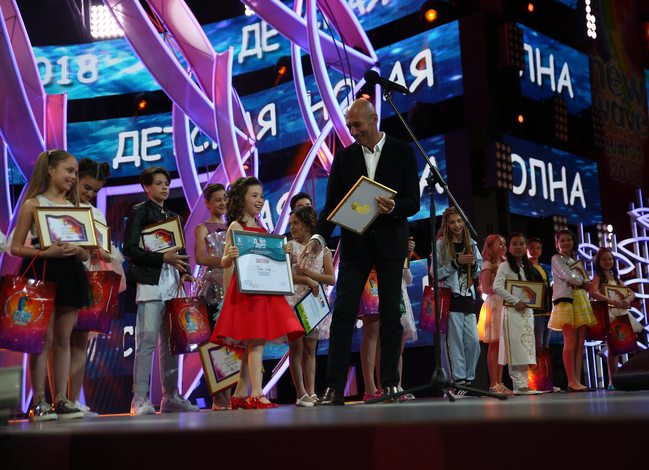 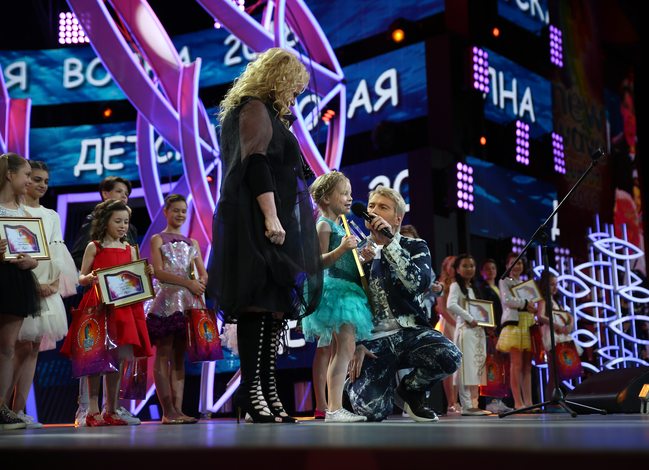 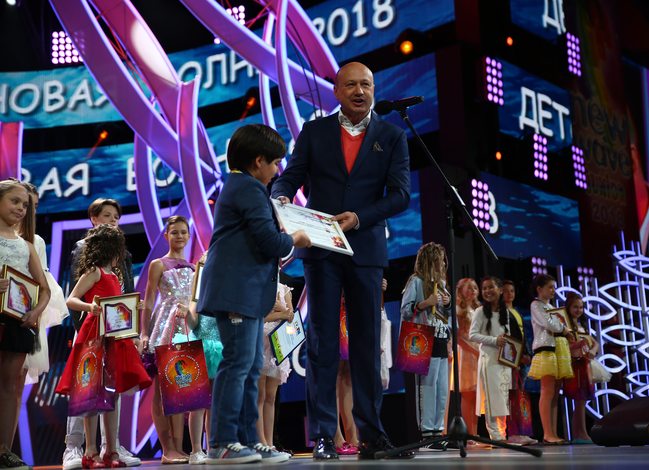 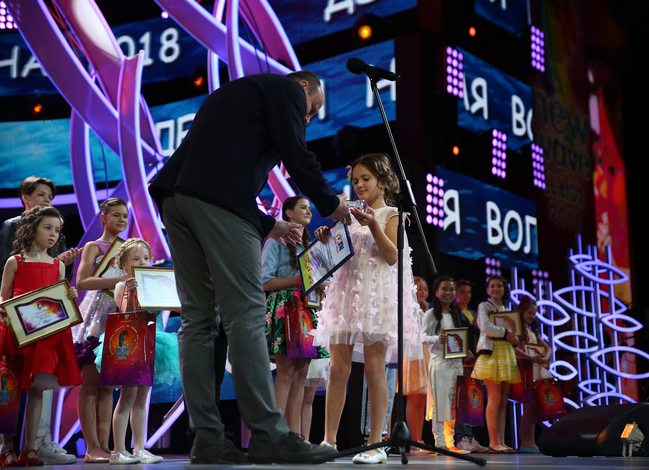 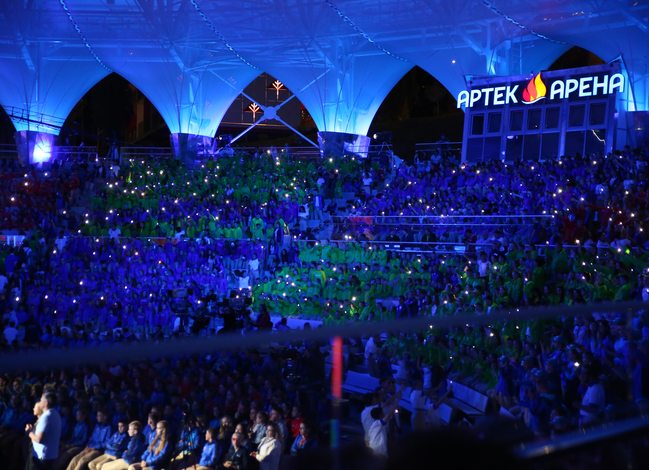 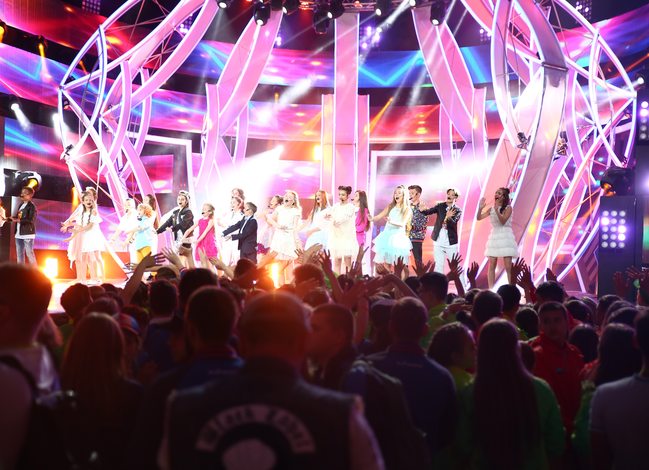 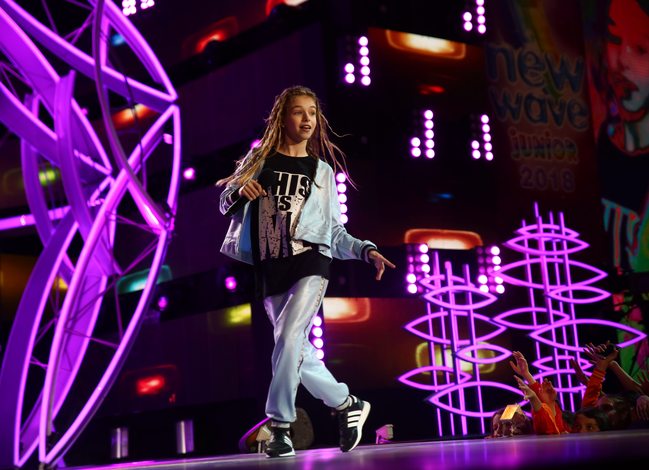 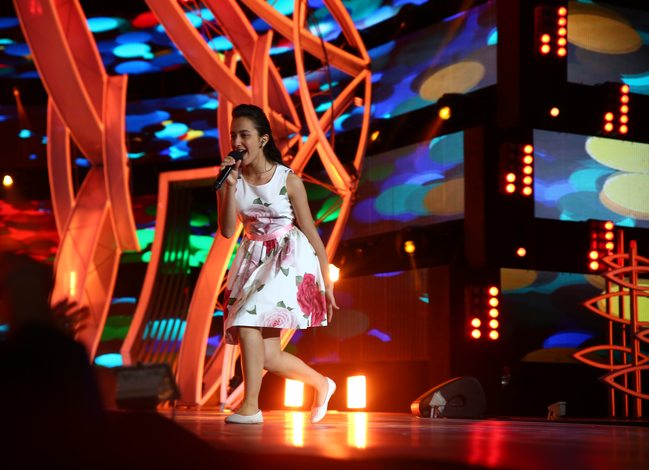 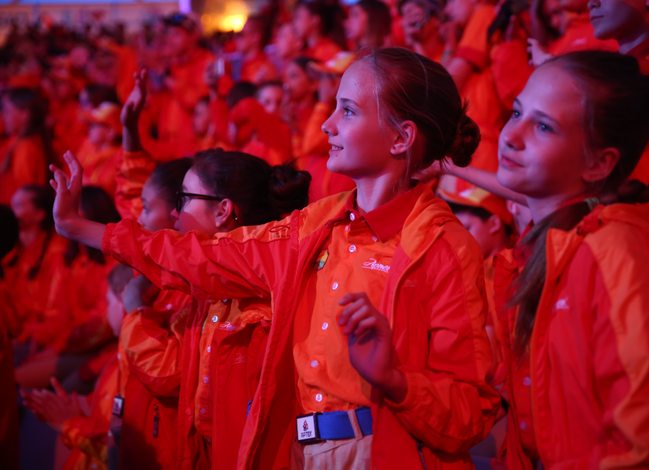 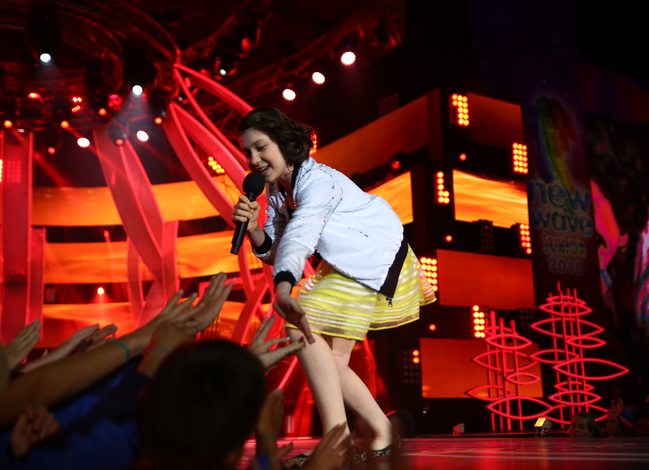 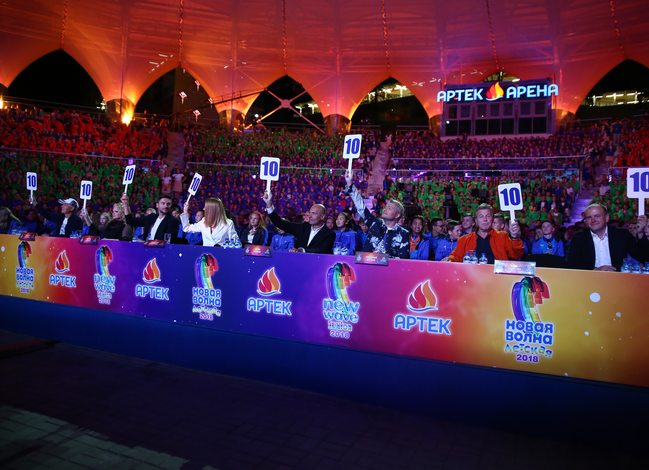 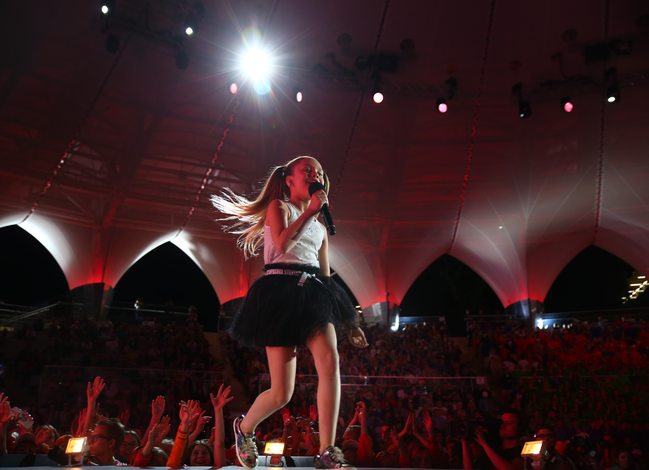 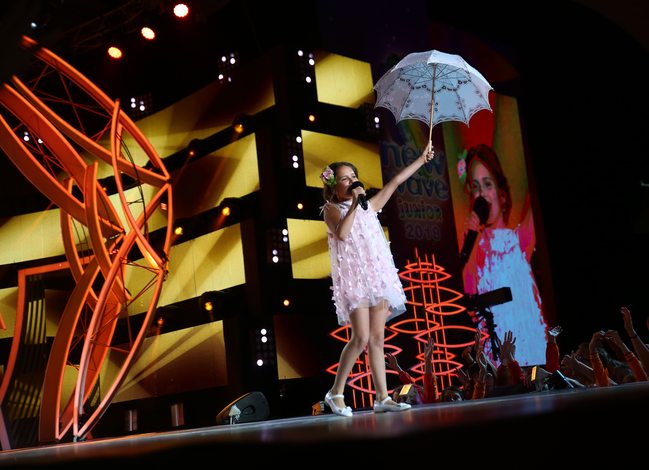 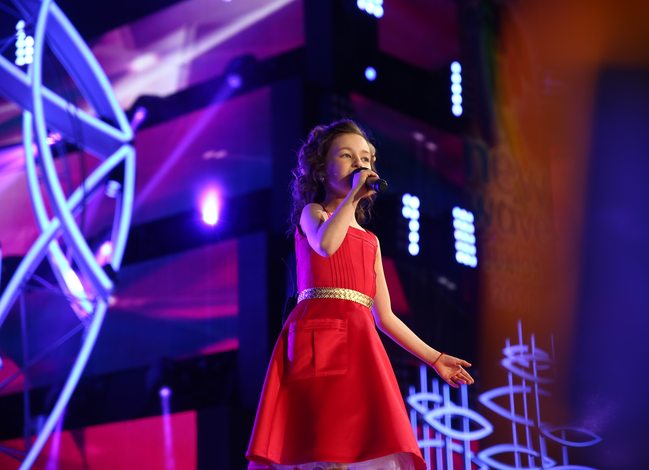 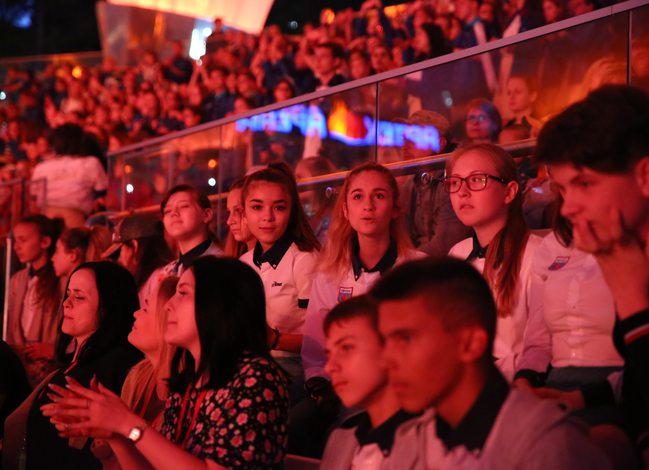 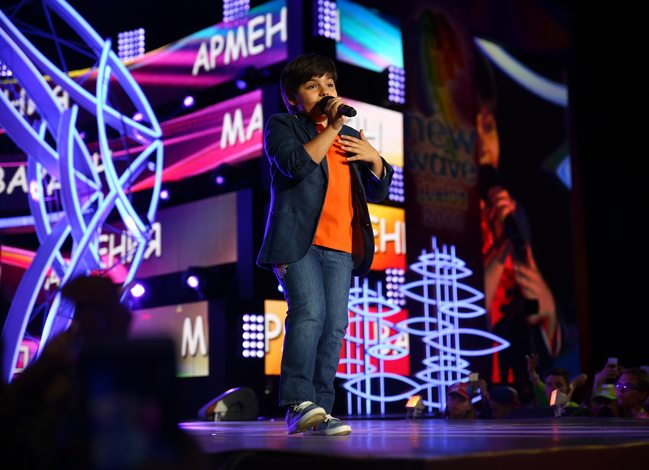 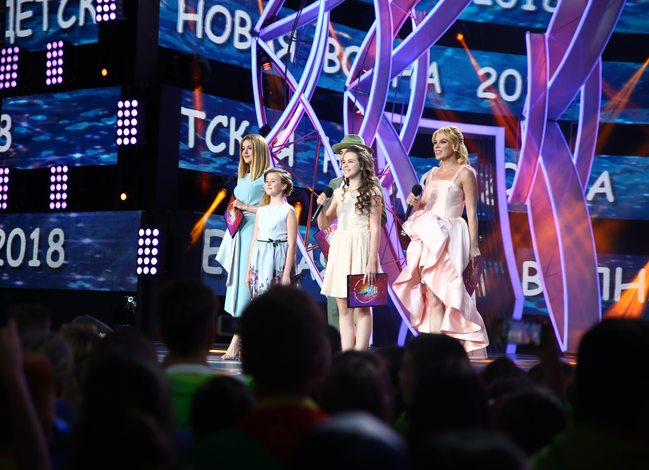 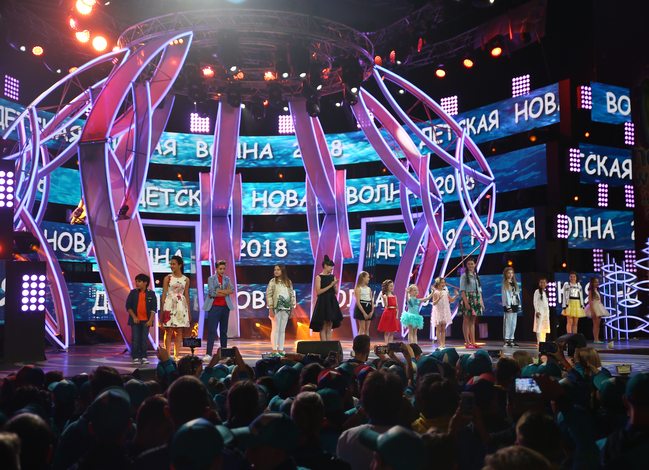 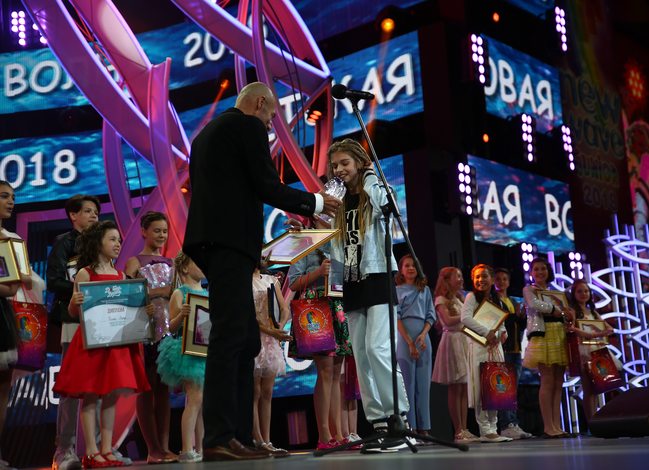 Yeva Lyopa from Ukraine has been named the winner of the 2018 New Wave Junior international contest for young pop music performers in Artek. Ivena Rabotova from Bulgaria took second place, and Russian vocalist Sofia Fomenko came third. The audience award went to Diana Ankudinova from Russia, the winner of the You are Super! show on NTV.

On June 1, International Children's Day, Artek hosted the final day of the 2018 New Wave Junior international contest for young pop singers. The jury members, Larisa Dolina,Oleg Gazmanov, and Sergei Lazarev, noted that they had not felt such emotion for a long time and that New Wave Junior could rival adult competitions in terms of the drive involved, the participants’ professionalism and spectator support.

All the participants – the 14 contestants and the 4,000 spectators at Artek Arena – contributed to this atmosphere. The children especially welcomed Raphael Bahar from Israel and Diana Ankudinova from Russia who won the audience award following a general vote. The young performer won everyone over with her beautiful voice and sincere smile.

“It was an honor to represent Russia in such a large-scale competition. As soon as I stepped onto the stage, I felt the warmth and support of Artek. I won a very important prize, because the recognition of the audience is valuable,” Diana said, sharing her impressions of the event. “I am extremely happy and grateful to everyone who arranged this miracle, this contest. I would like to wish all kids who have creative hobbies to press on and never give up.” According to Diana, her summer is going to be very busy, with a packed schedule of tours, studies, and vocal lessons. But she will try to return to Artek later this year. “Artek is a fairyland for children. I was here in 2015 and I want to plunge into this atmosphere again,” she said.

Singer Yulianna Karaulova, who presented the prize to Diana alongside Honored Artist of Russia Lev Leshchenko, also noted that it was one of the most valuable awards because it is very difficult to earn the love of the audience. Even beautiful and flawless performance is not enough – one also needs talent and charisma.

The Artek audience fervently supported the choice of the professional jury. Yeva Lyopa from Ukraine was greeted with applause as the winner of the 2018 New Wave Junior. Taking the prize from the hands of Igor Krutoi, Yeva thanked the contest organizers and her parents, who support her passion for music and are giving her the opportunity to develop in this area. “It was a dream for me to get into the New Wave Junior, and I'm sure that the contest will help me to succeed,” the young singer said.

“Yeva and I have become friends. On the first day of the contest, when she performed ‘Somebody to Love,’ it became clear that she would be among the winners,” Ivena Rabotova from Bulgaria said in appreciation of the winner. “I'm happy with my second place, because for me ... well, it is almost like the first! It was difficult, and my heart pounded on the stage. But I tried to sing not for the jury, but for myself and for Artek. The audience is so welcoming, at Artek-Arena you feel like you are already a star!”

At the end of the contest, Artek launched the Good Wave, a nationwide cultural and charitable festival of children's creativity. The festival will be held throughout the year with the support of the Government of the Republic of Tatarstan, the Dobraya Kazan charity foundation and Igor Krutoi’s Academy of Popular Music. According to the organizers, the Good Wave is aimed at promoting the musical and artistic development of gifted children with disabilities and those in challenging life situations. Dina Baru, a Russian finalist of the 2018 New Wave Junior, was appointed the new festival’s Ambassador.