Member of the 1984 Artek camp Mario Baukh: Artek is a place of friendship and mutual understanding
/ 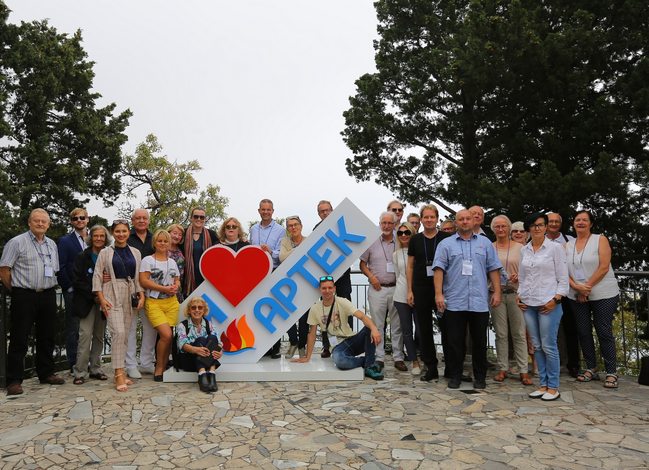 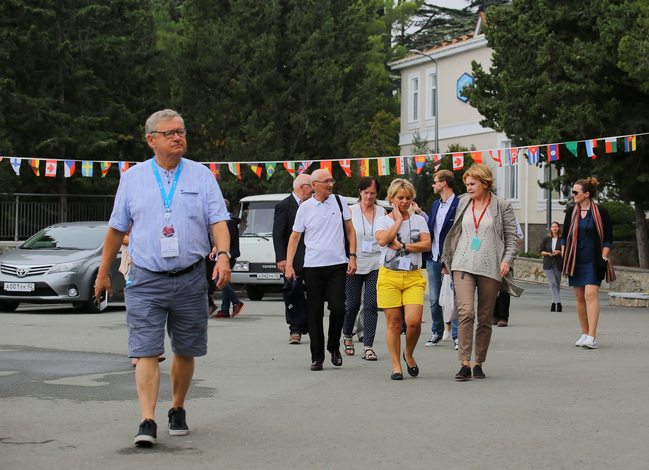 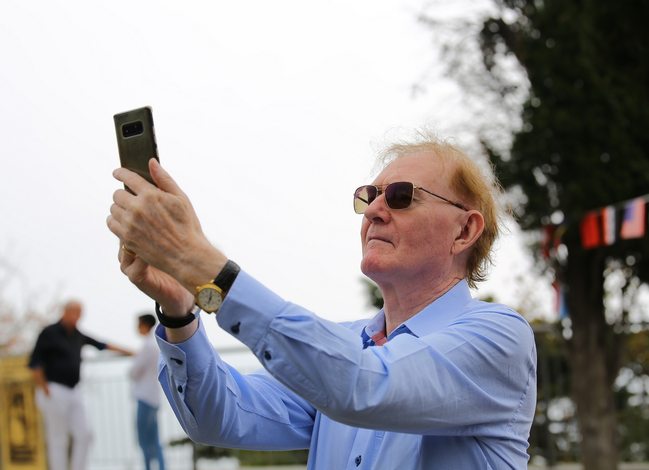 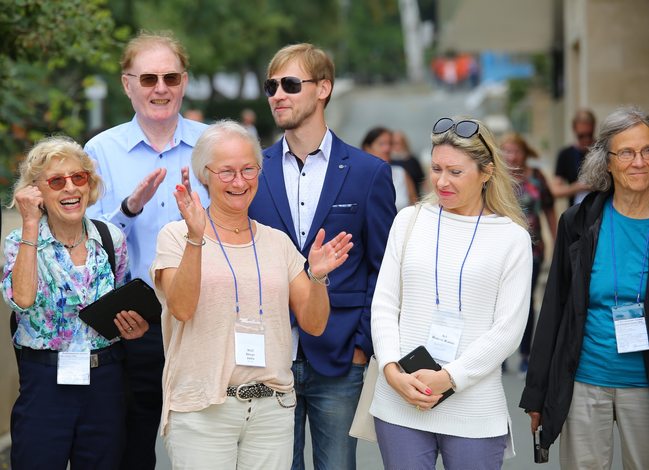 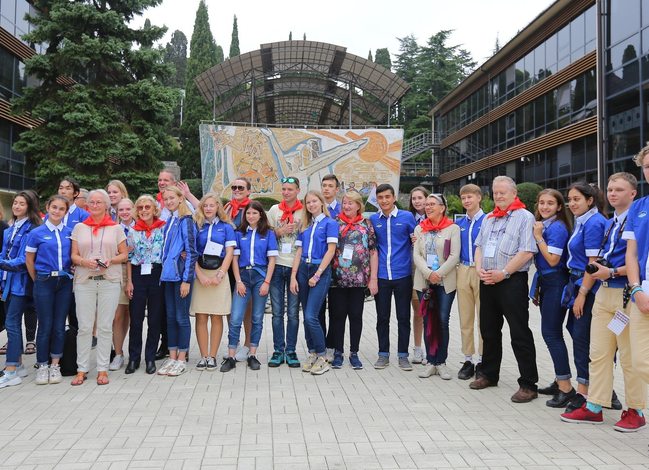 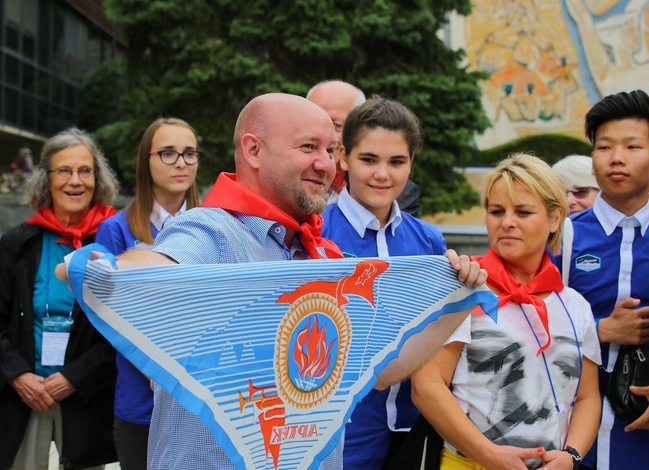 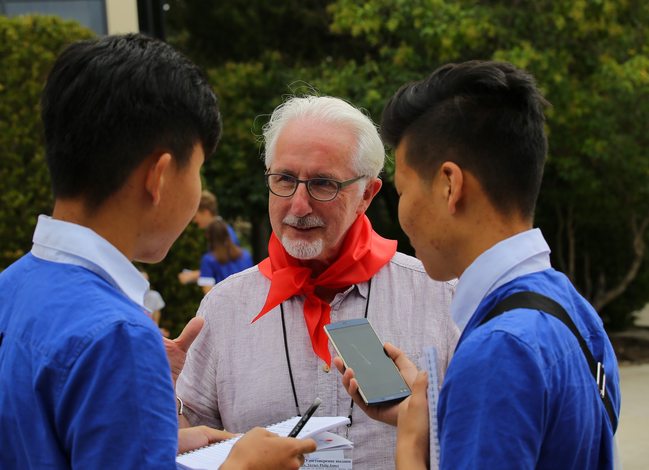 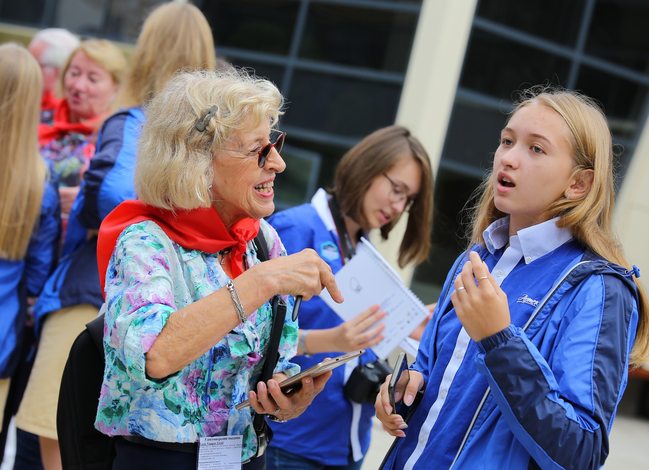 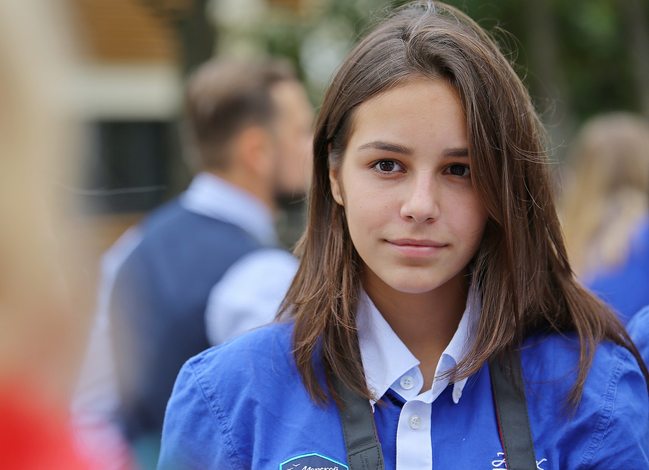 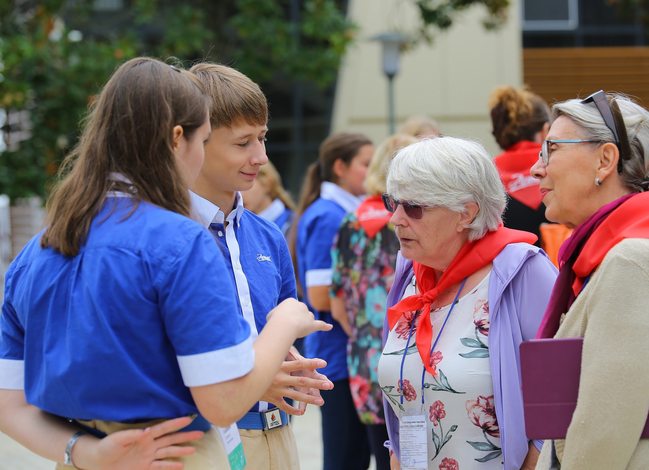 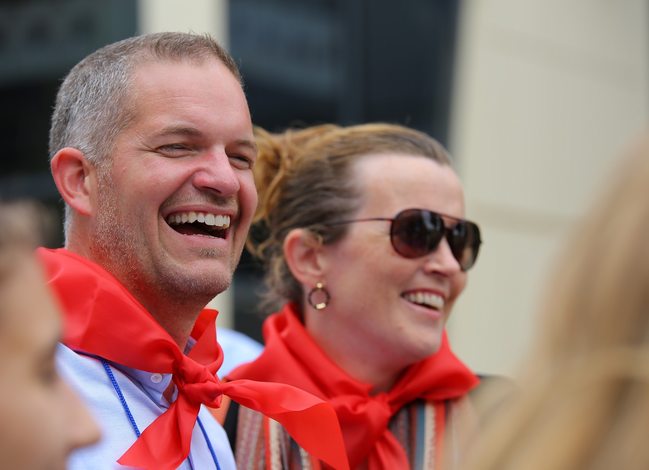 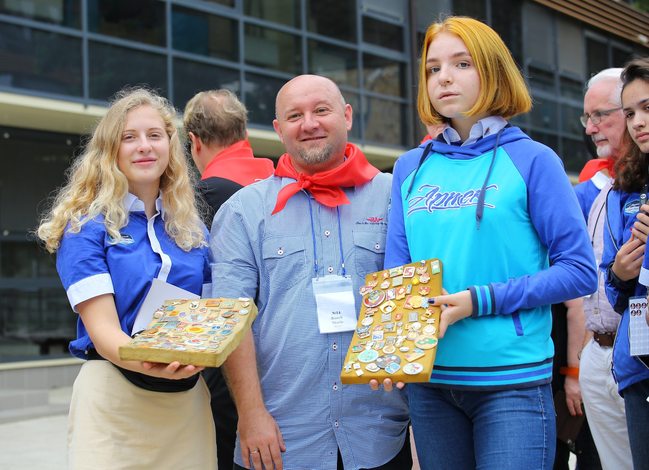 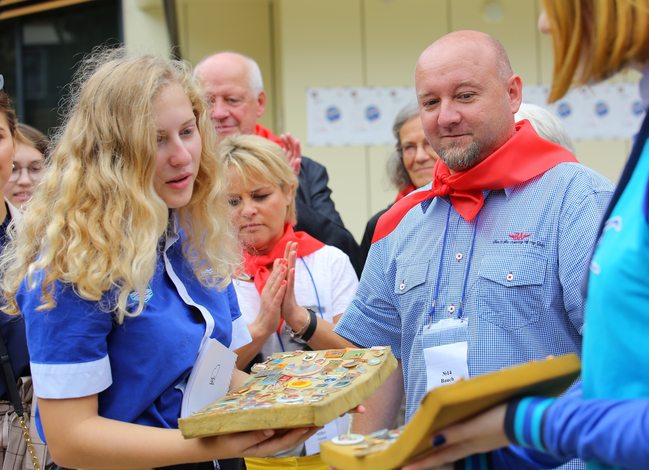 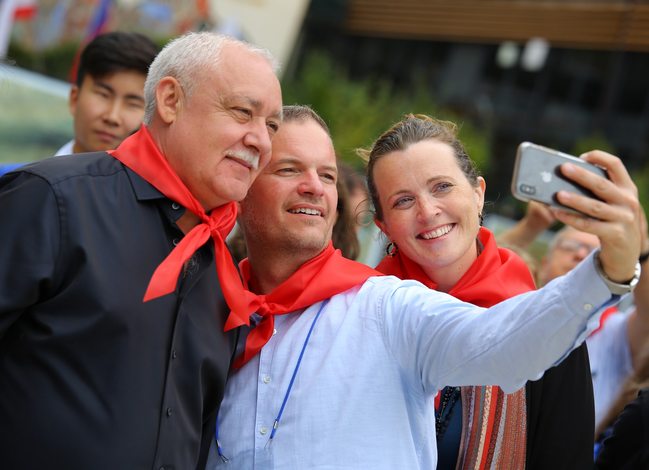 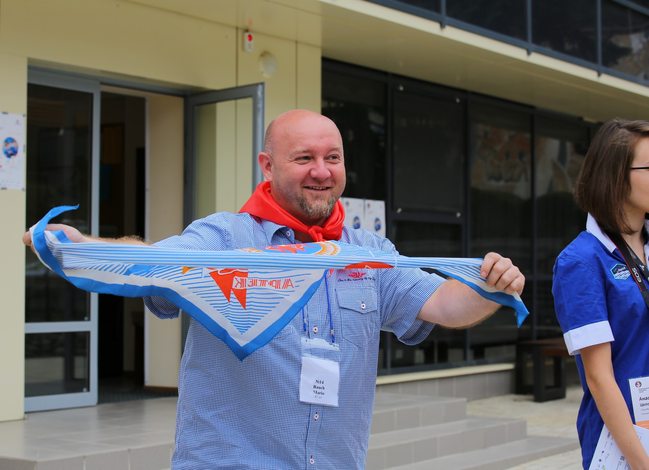 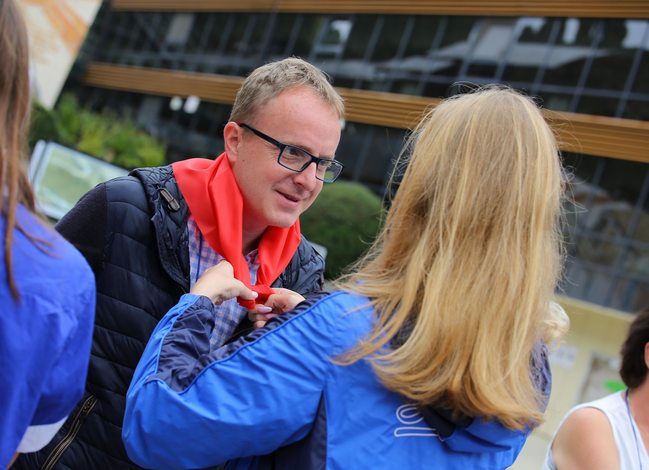 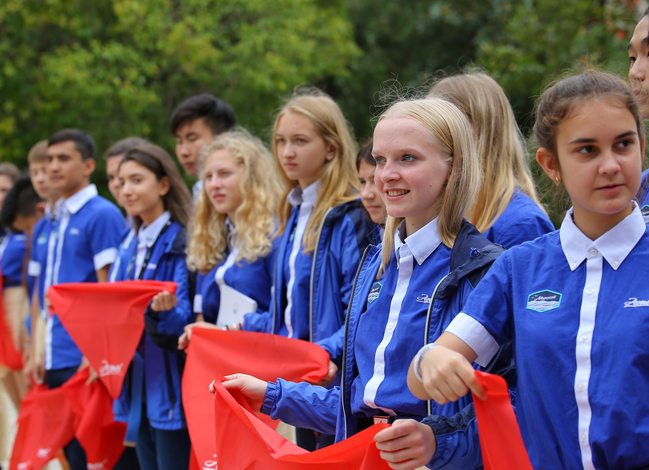 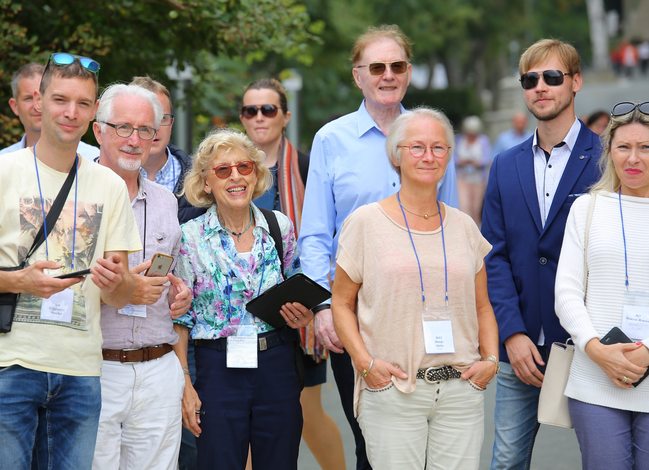 On October 5, civilian activists from Austria, Germany, Belgium, Ireland, the Netherlands, Norway and the United States visited Artek as part of an exploratory trip to Crimea. Members of the delegation, which included scientists, public figures and entrepreneurs, familiarized themselves with life at Artek and emphasized the importance of Artek as the world center for children’s diplomacy.

During the visit at the International Children’s Center the people’s diplomats saw historical sites – Pushkin Square, the Friendship Panel and the building of the Morskoi Camp where Samantha Smith stayed. The guests also visited the construction site of the Solnechny Camp and talked to children.

Members of the delegation asked the young people how they spend their time and in what programs they take part. They showed special interest in international programs that allow their young compatriots to visit Artek. They promised to tell the public in their countries and cities about this opportunity. As a sign of friendship and acceptance into the Artek community, the kids tied the ties on their guests.

In turn, the people’s diplomats gave a historical present. Mario Baukh, an Artek member from Germany in 1984, gave the children’s center his collection of badges that he had exchanged with kids from other countries at that time.

“I have a whole suitcase of things related to Artek. When I opened it I found so many interesting things! Letters, badges, a tie… In time, these signs of a past era will disappear. I want everyone to see how it was before,” he said.

Baukh said he dreamed of visiting Artek in the year of his grandfather’s centenary. He took part in World War II. “June 22, 1941, was the first day of the war that my grandfather went through. This was the attack on the Soviet Union,” Mario Baukh said.

“Recalling this date, I very much wanted to visit Artek because for me this is primarily a place of friendship and mutual understanding, where there is no room for hatred,” he added.

He noted that the camp had become quite different compared to the past. “There are many new beautiful buildings. Everything has been restored, and it looks quite different! The landscape and the nature are the same. Children can have a great time there. I think Artek should remain a place of mutual understanding and should continue to develop its international dimension,” Baukh said.

Head of the Crimean State Council on Ethnic Relations and People’s Diplomacy Yury Gempel noted that the project on the people’s diplomacy has been carried out in Crimea for several years. During this time participants have established a corps of people’s ambassadors for peace from Norway, Germany, Belgium and the Netherlands, to name a few.

A visit to Artek becomes an important part of the program for a trip of foreign delegations. “We are trying to bring our guests here because today Artek is a pearl of Crimea. Young people from different countries make friends here and this is a guarantee of international friendship and peace for years to come,” Gempel said.