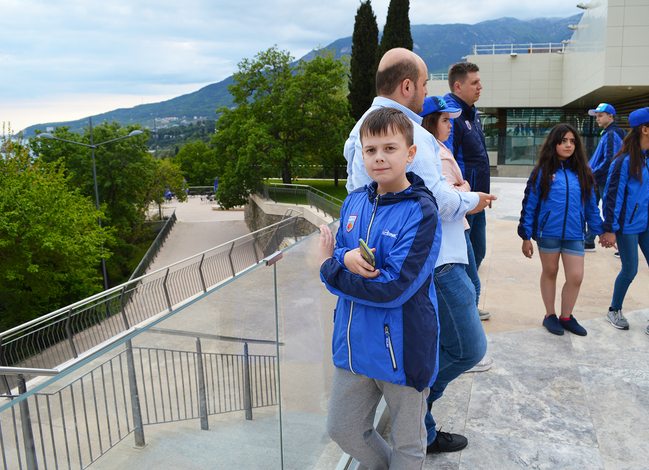 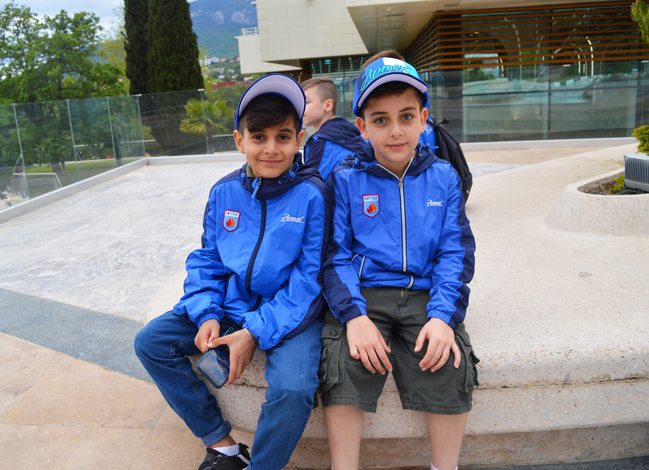 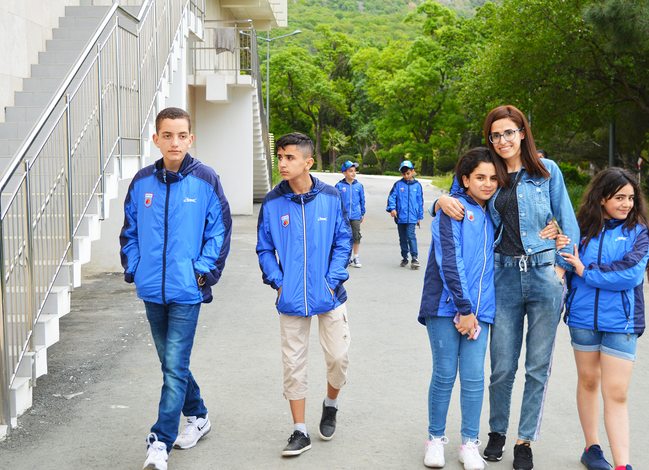 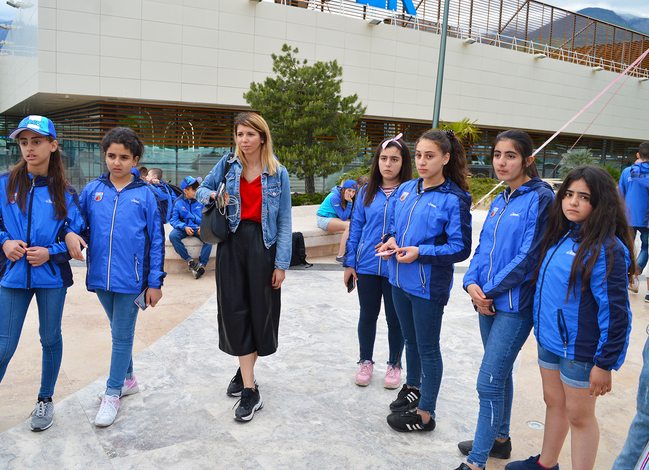 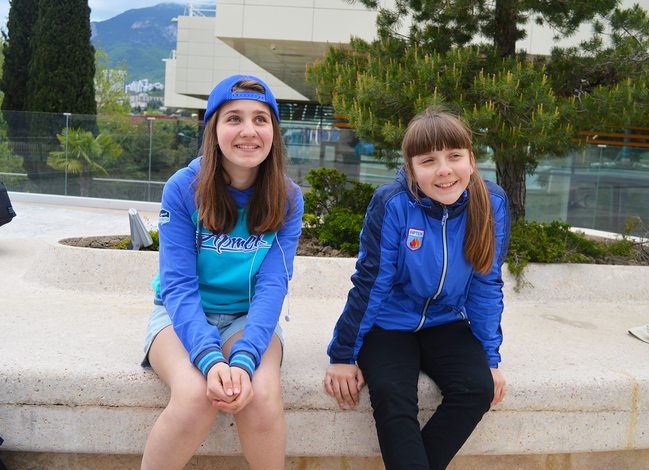 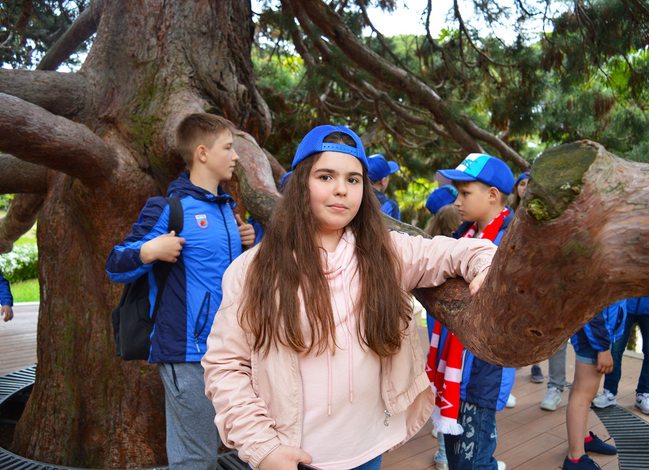 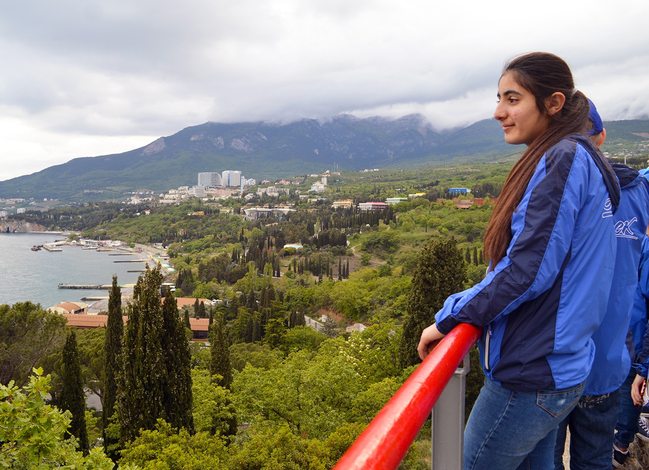 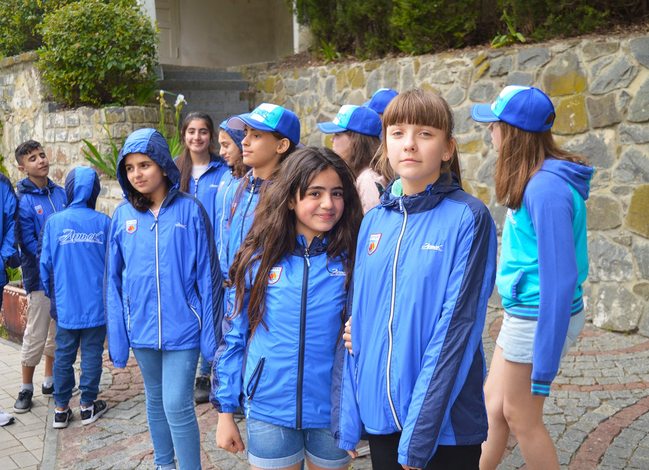 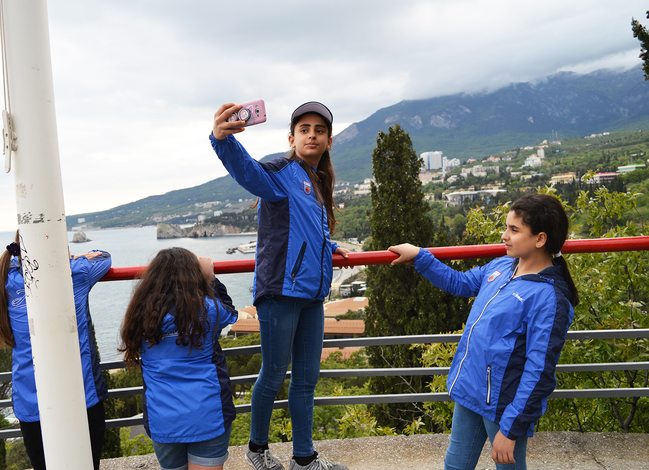 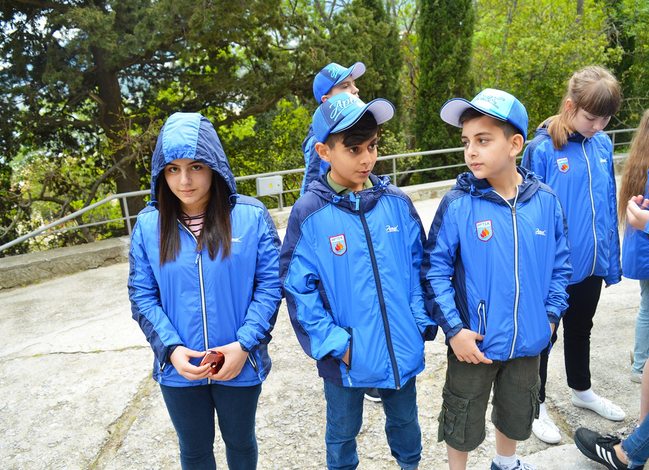 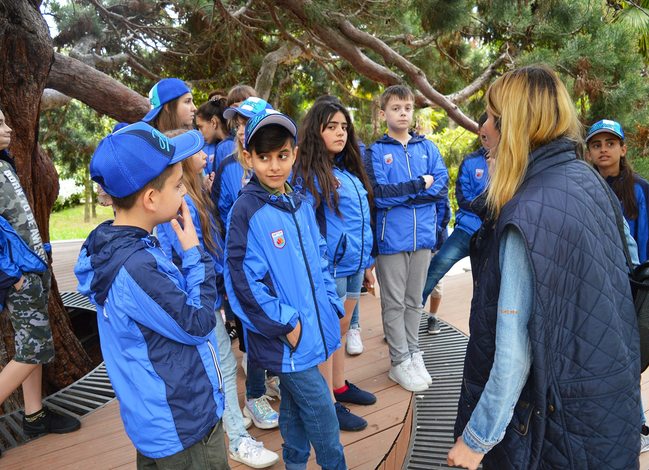 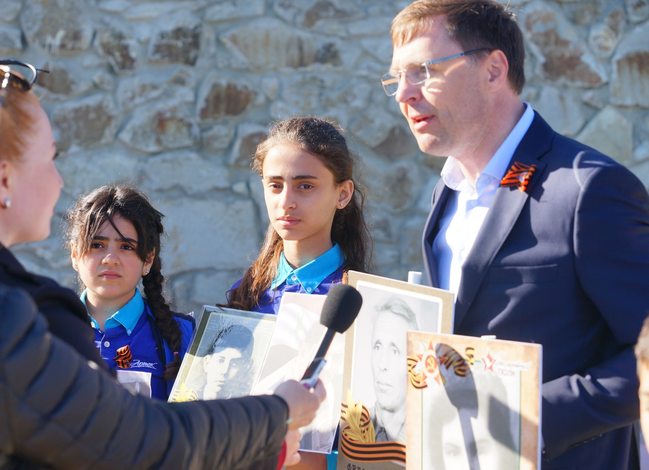 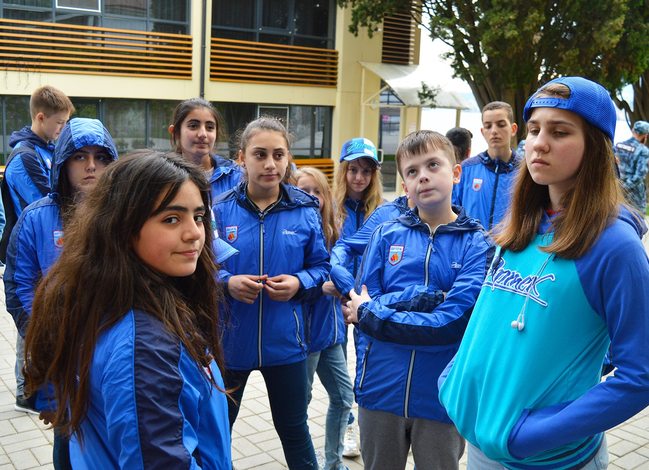 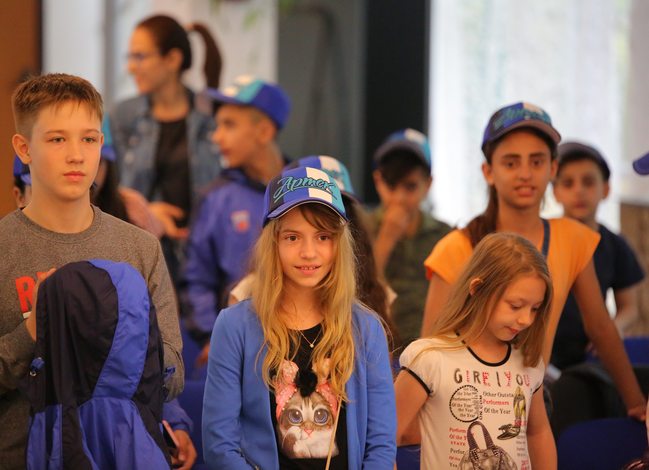 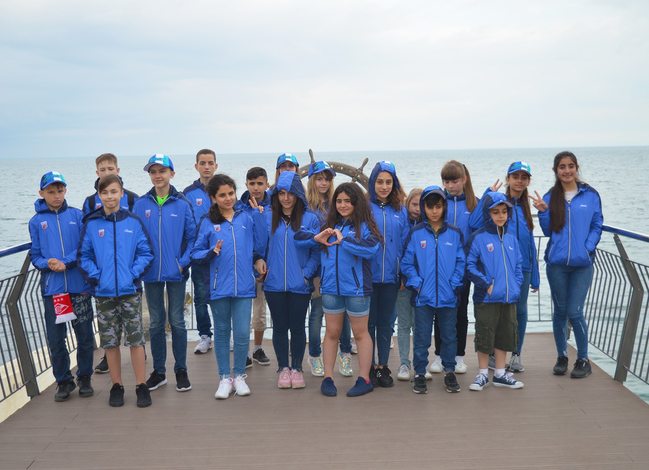 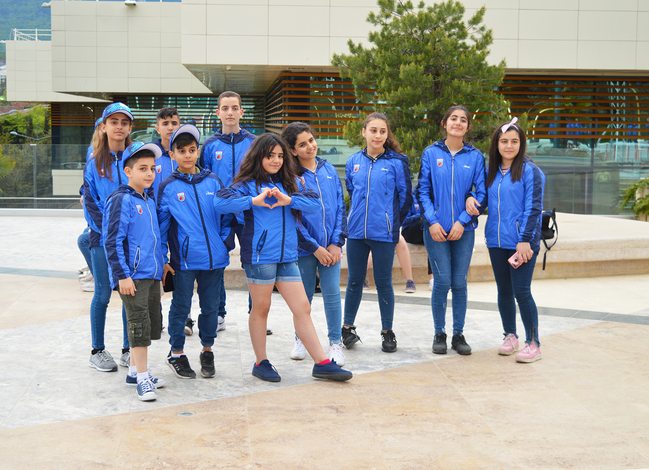 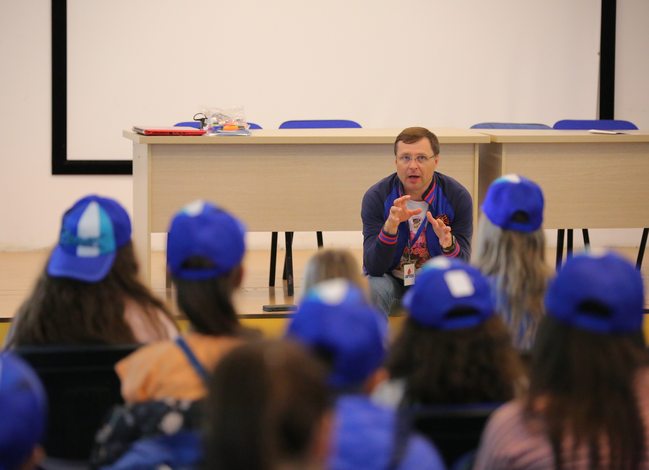 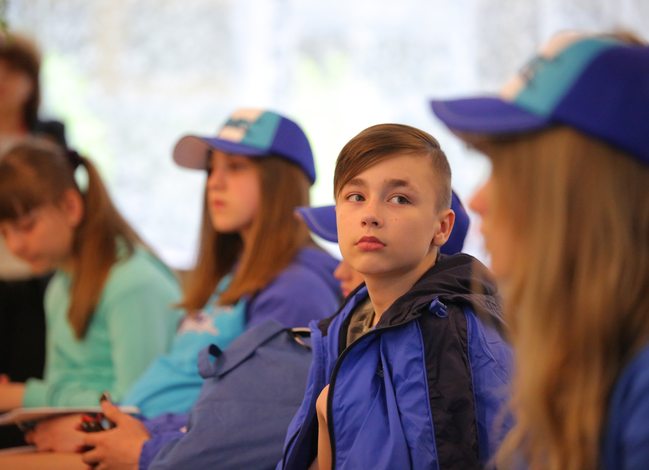 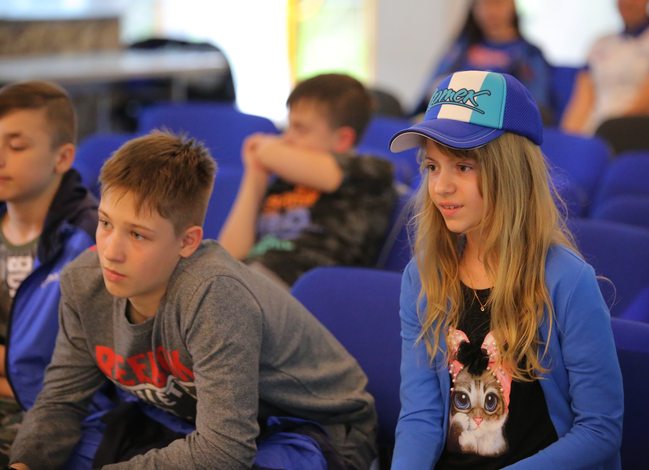 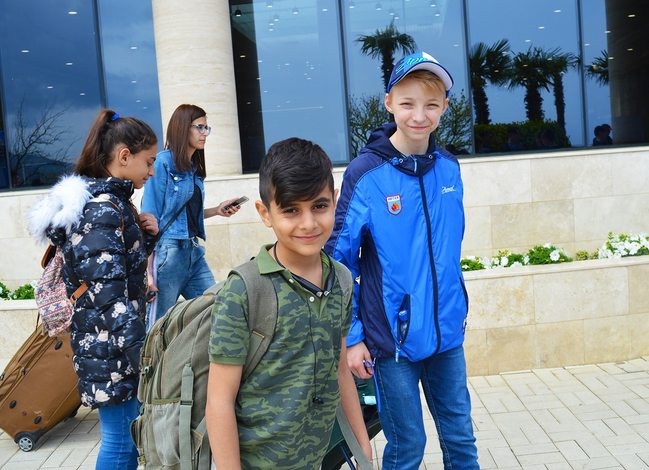 Twenty children of Syrian and Russian military who perished in the war in Syria are taking vacation in the Artek International Children’s Center. They took part in the fifth session of the History of our Victory event that is devoted to the heroism of Russia in the Great Patriotic War and feats of our time.

Over several days in Artek, children marched in the Immortal Regiment, went to Sevastopol and Khersones and visited the Moskva cruiser — one of the Black Sea Fleet ships that were on combat duty off the coast of Syria. These events are just the beginning of the educational program. They will hike in the mountains, go on search expeditions and sea excursions, take part in team activities and try to qualify for GTO (Ready for Labor and Defense) standards.

“Our large family of Artek campers will surround you with the love and care that we give to all children. There are already more than 1.5 million Artek campers and now you are part of the family.” This is how the children were greeted by Artek Director Konstantin Fedorenko on the day of their arrival. He told them about the history of Artek and the specific features of the May session. “Artek, like the rest of Crimea, was liberated from Nazi invaders 75 years ago. For 74 years Russia has celebrated the Great Victory of our people in the Great Patriotic War. We are not only immensely proud of this but also bear huge responsibility for preserving historical memory,” Fedorenko said.

In a matter of days, the children got acquainted with Artek. They took part in the Frontline Firing Ground, shared their cherished dreams by the Wishing Tree and admired the beauty of local nature. They also visited Sevastopol, a twin city of the Syrian city of Tartus and the homeland of the Syrian guests. They had a busy program there. They visited antique Khersones and the high-tech Marine Research Center where the guests tried to steer underwater craft. During the excursion to Malakhov Kurgan, the children were told about the bright pages in the history of Sevastopol linked with its first and second defense, the admirals Kornilov, Nakhimov and Istomin and the difficulties that both soldiers and officers had to overcome. At the end of their excursion, the children visited the submarine museum and the Moskva missile cruiser that was on combat duty in Syria as well.

The large-scale celebrations of Victory Day were the highlight of the initial days of the children’s stay in Artek. The children laid flowers at the monument of the Unknown Sailor and marched in the Immortal Regiment with photos of their perished relatives and Artek heroes. Alexander Peshkov from Lipetsk, son of the Hero of Russia pilot Oleg Peshkov, has taken part in the event several times. “This year I carried a portrait of pioneer hero Lenya Golikov. I was very impressed by his story. He went to war when he was very young and, regrettably, did not live till it ended. Last year, I carried a portrait of my Grandad. He also took part in the war and was wounded. I am very proud of him but I am even more proud of my Dad. I have followed in his footsteps and want to be a civilian pilot,” Alexander said.

These events were new for the Syrians – they carried the photos of their fathers and Artek heroes. “I have never heard about such an event before and I liked taking part in it very much. I liked walking with thousands of guys. Each of them carried a photo of a hero and could tell his story,” said Yasmin Atyya from Tartus. “I think such events could be held in all the cities of the world – carry the portraits of fallen heroes and convey the memory of them to others. We must remember those who gave up their lives fighting for us,” she said.

“My brother went to Artek. He won a contest having scored 300 points in the Russian language. He told me what a beautiful place it was and that we could make friends with people from different countries here,” said Al-Hasan Batul from Tartus.  “It was worth getting off the bus to see the fantastically beautiful nature. I am sure I’ll find friends here and learn a lot of things from them,” she said.

Artek campers will take part in military expeditions visiting the glorious sites of Crimean guerrillas, as well as participating in interactive games, the Great Tourist Meeting, mountain hiking, fascinating sea expeditions, musical contests, research projects and GTO sports tests. They are playing an active role in the Eternal Flame Assembly that is a joint project of Artek and the Foundation for socio-cultural initiatives.

“Artek is an international venue for all non-indifferent people who are interested in bringing up the younger generation. Our task is to preserve the memory of the heroes of the Great Patriotic War for centuries to come,” said Dmitry Vdovykh, representative of the foundation. “During the session, we are helping Artek, as its partners, to tell children about the history of our Victory. I am referring both to historical victories like the one we celebrate on May 9 and modern ones, like the war against terrorists in Syria,” he said.