Czech activists at Artek: We build bridges and destroy barriers
/ 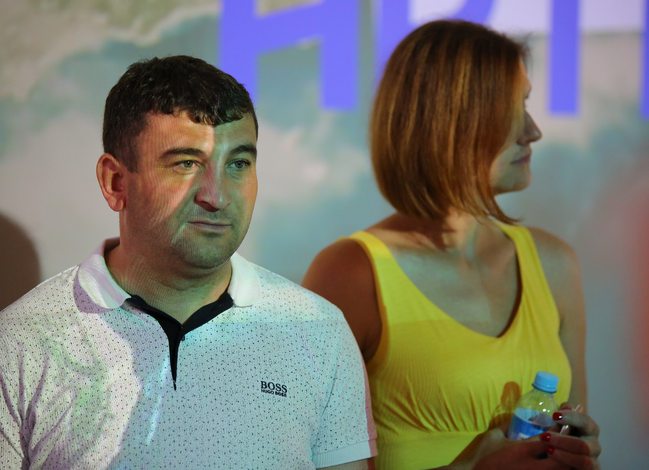 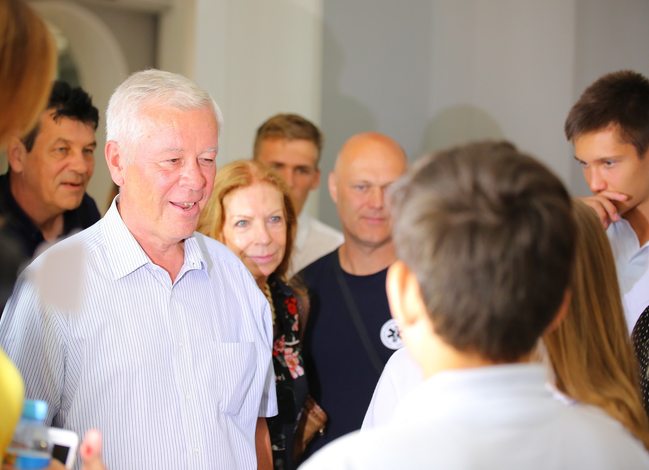 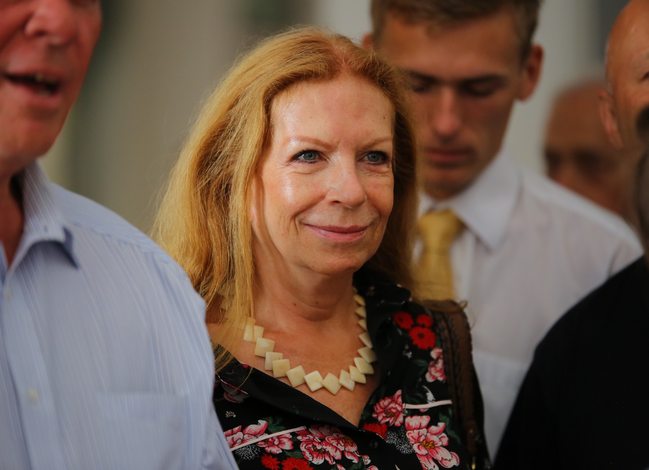 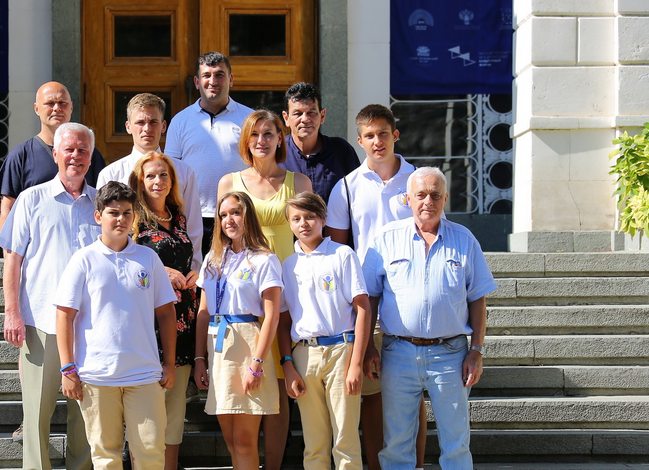 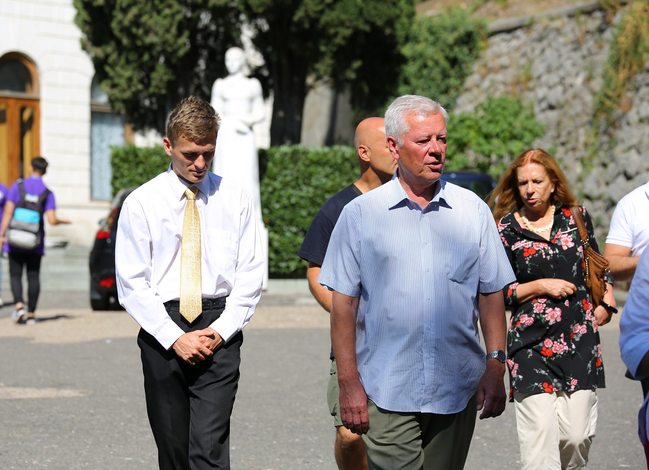 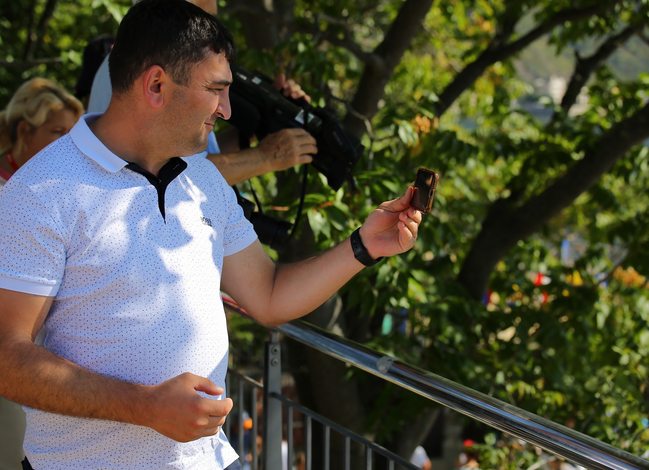 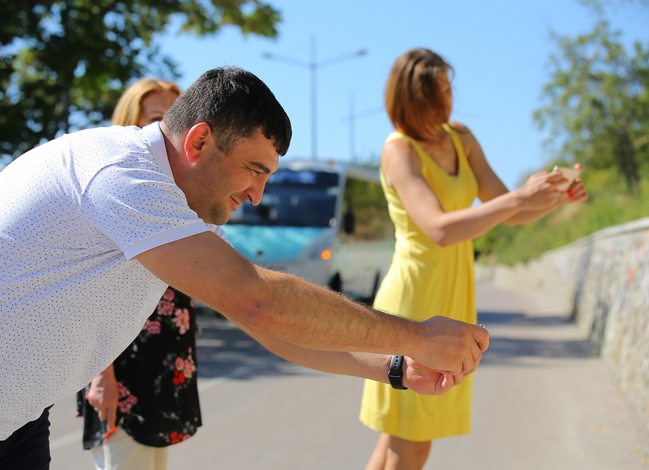 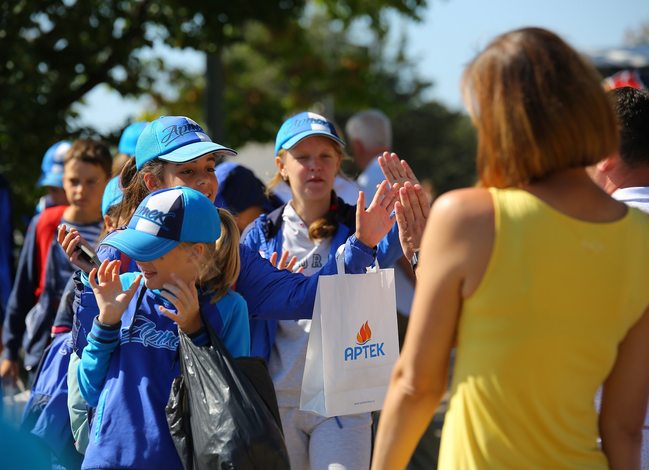 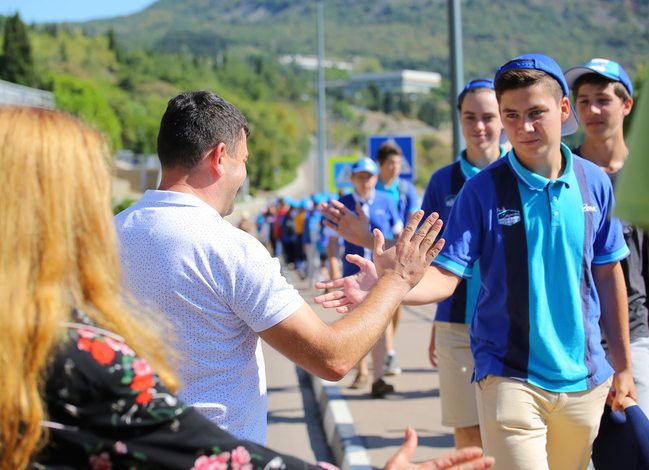 During their visit to Crimea, a group of Czech activists visited the Artek International Children's Center. Representatives of the chamber of commerce in the city of Usti Nad Labem, public figures and members of the Czech Freedom Fighters’ Union noted the high level of development of the children's center infrastructure as well as the state’s concern for the education and upbringing of the younger generation.

The visitors toured Camp Lazurny, Camp Gorny and Camp Pribrezhny, examined the Artek Arena concert venue and the Palace Square. They showed great interest to the park at Gorny, the oldest in Artek. Here, at the Wish Tree, a sequoia that is almost two hundred years old, the foreign guests made a common wish for everyone to return to Artek. They were struck by the scale and level of development of the children's camp, and appreciated the new project, Camp Solnechny, which is now under construction, watching it from the observation deck.

The Czech business and public activists noted the great importance of Artek for the international community and saw firsthand that it is a center of international diplomacy. They talked with their young compatriots - seven representatives of the Czech Republic in Artek are taking part in the UN Children's Assembly, an event Artek is currently hosting as part of the Foreign Ministry’s Diplomatic Academy program. The guests appreciated the diverse geographical origins of the participants in Artek sessions – 23 countries were represented in the current session, while in August, children and young people from as many as 76 countries participated in Artek programs.

“The children told us they had a chance to talk to the Russian Foreign Minister’s spokesperson, Maria Zakharova. And one boy even asked Maria how she became a diplomat. And she told him. It is very important that children meet with outstanding personalities. Such encounters leave a lasting imprint. I know this very well: when I was young, I met with Yury Gagarin, and I still talk about it,” said Lenka Prohazkova, author and journalist, representative of independent Czech media. She added that the Earth’s first cosmonaut came to visit her family at home, after Gagarin received an invitation from her father, a famous director, during the Karlovy Vary festival. The Czech writer pointed out that a government’s policy can be assessed by how the government cares about the education and upbringing of the younger generation: “At Artek, I saw how the Russian Federation is working to educate its youth, as well as young people from around the world. Artek teaches them universal values such as peace, friendship, solidarity, and partnership.”

Mikhailo Tiasko, deputy chairman of the Czech Coordination Council for International Relations, said people living in his country want to build good relations and get to know the cultures of different peoples living in Russia. “It is great there are such wonderful children's centers where young people can communicate, and breathe the best Crimean air. It is good that children from the Czech Republic have an opportunity to come to Artek. They will bring back good impressions, and talk about them at Czech schools. I’m sure others would also like to come to Crimea to see its picturesque nature and help build friendly relations between the Czech Republic and Russia,” the guest said, adding that he would tell his compatriots how close the peoples of our countries are.

Helena Vicanova, the trip organizer and member of the Czech Freedom Fighters’ Union, has been talking about Artek and Crimea at home since she first visited the place last year: “People who have come here want to see life in Crimea for themselves. They want to check if what our media say is consistent with reality. Now we can see that it doesn’t. I am very glad that my compatriots risked coming to Crimea despite the possibility of harassment at home.”

One of the Czech visitors is Josef Skala, chairman of the History – Life Teacher movement for the restoration of monuments to Soviet soldiers. The organization’s members have close ties with Russia: they attended the anniversary events of the Battle of Stalingrad and the 75th anniversary of the end of the siege of Leningrad, and on May 9, they marched with the Immortal Regiment on Red Square. Dr. Skala has visited Artek five times including three during the Soviet period. The guest compared the past and present Artek: “In Soviet times, Artek was pretty much the way it is now – children were sent here for their achievements. It's great that they have revived the place. In recent years, there has been rapid development – new beautiful buildings, new technologies everywhere, things that were not available in the 1960-1970s. At the same time, the modern Artek has preserved its unique spirit, while turning into what it should be – a modern youth center!”

The visitors are considering the possibility of organizing group tours from the Czech Republic to Crimea and are now collecting information on the most interesting cities to visit. They want Artek to become a place where young Czechs will spend their holidays. When asked about the purpose of their visit to Crimea, the Czech visitors said: “We are building bridges and destroying barriers.” They even invented a slogan they will write on the photo they plan to take on the Crimean Bridge: “Czech delegation at the bridge that linked Crimea to Europe.”