The Artek campers who gave their lives for the Motherland

Thousands of Artek campers gave their lives for the Motherland, committing unprecedented and immortal feat. Among them: 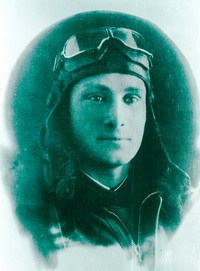 Posthumously awarded the title Hero of the Soviet Union (1942).

The heroes immediately shot down three bombers and bold attack made fascist pilots to drop bombs on the heads of their soldiers.

However, the Shutov plane was shot down, and he made a forced landing. Timur continued to fight, shot down two enemy aircraft, but ran out of ammo. The hero died in an unequal battle. Had a rest in "Artek" in 1935 in the camp of "Bottom". 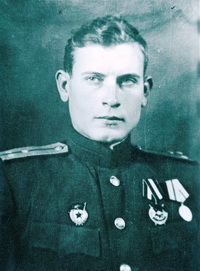 From August 1941 to March 1942 he was commander radioused in the spare anti-aircraft artillery regiment.

During the failure of the organization managed to break through the front line, fought in the ranks of the red army. August 14, 1944 senior Lieutenant Ivan Turkenich was killed in the battle for the liberation of Poland from Nazi occupation. 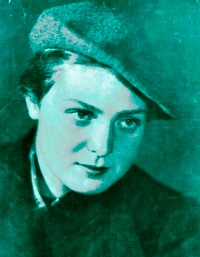 24 November 1942 on the Stalingrad front in the battle for the height of 56.8 died a brave orderly to the Queen.

More than twenty hours a company of red army, entrenched on top, fought off countless attacks of the Nazis. Ghoul was shot in the leg, continued to tie fighters.

And when on top of 56.8 survived only six defenders and the Germans went to a new attack, Gul stood tall and led the company on an enemy. Here and battled her fascist bullet. 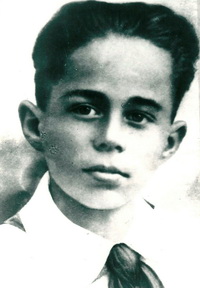 November 7, 1941, the partisans descended into the quarries, where they are 50 days and 50 nights stayed and pioneer Volodya Dubinin.

He was a guerrilla scout. One day the boy warned the guerrillas that the Nazis are going to flood the quarry, - a detachment was saved.

4 Jan 1942 at mine clearing of the entrances to the quarry Volodya Dubinin died. 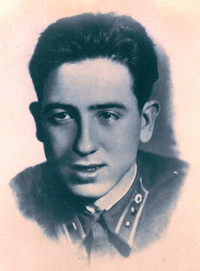 In September 1942 the battle for Stalingrad made a heroic deed.

Nazi tanks, capturing the junction 564, near the station of Kotluban', got the opportunity to have direct access to the Stalingrad.

In fierce battles the machine-gun company under the command of Reuben defended battle line. During the battle killed the battalion commander and Ibarruri took command. Thanks to the skillful actions of the commander and the soldiers, the enemy was driven back and the situation at the site restored.

After a fierce night battle squad Ruben entered a new battle with the Nazis at the village Vlasovka. In one melee battles, he was mortally wounded. July 14, 1972, the astronomer of the Crimean astrophysical Observatory by L. Zhuravleva discovered a small planet and named it in honor of Ruben Ibarruri. 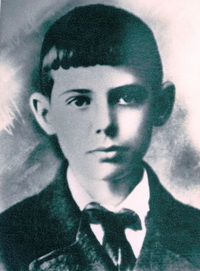 With the invasion of the Nazi hordes in Crimea boy with his father became a member of the Theodosia underground. He proved himself a brave guerrilla scout.

In February 1944 during the next job, Victor and his father was arrested by the Gestapo. They gave the enemy a traitor. In the dungeons of the Gestapo Theodosia father and son Korobkova were subjected to cruel, inhuman torture, and then was shot. 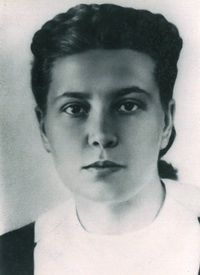 Posthumously naradena order of the Patriotic war II degree and the medal "Partisan Patriotic war" of I degree (1959).

Since 1942, war correspondent of "Komsomolskaya Pravda" in the guerrilla Union, twice Hero of the Soviet Union O. F. Fedorov.

In one of the fierce battles with fascists in Klemanski forests near the village of budyshche (Belarus) in February 1943, Lilya died a heroic death. 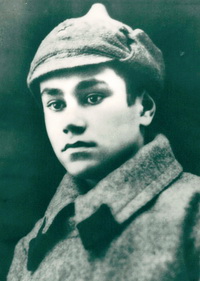 He was posthumously awarded the order of the red star (1943)

From the first days of war fought in the guerrilla Union S. A. Kovpak.

During the RAID kovpakovtsev in the rear of the enemy in a fierce battle with the Nazis killed the Commissar of the partisan unit, major-General, hero of the Soviet Union S. V. Rudnev and his son, Komsomolets Radik.

They were buried in a mass grave of partisans in the town of Yaremcha, Ivano-Frankivsk region. 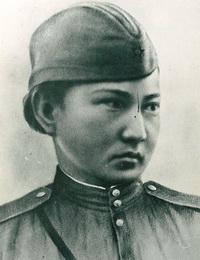 Posthumously awarded the title Hero of the Soviet Union (1944).

In the fall of 1942 he volunteered for the front.

12 Jan 1944 in one of the sections of the Leningrad front of the fourth infantry battalion of the 54-1 brigade was ordered to cut off the enemy from the railway line novosokol'niki – DNO in the vicinity of the station Nasva, and to seize the village of Kazachiha.

Thus began the last day of Aliya Moldagulova. She was the best sniper. Accurate fire destroyed 78 of the Nazis, but the 79th struck her.